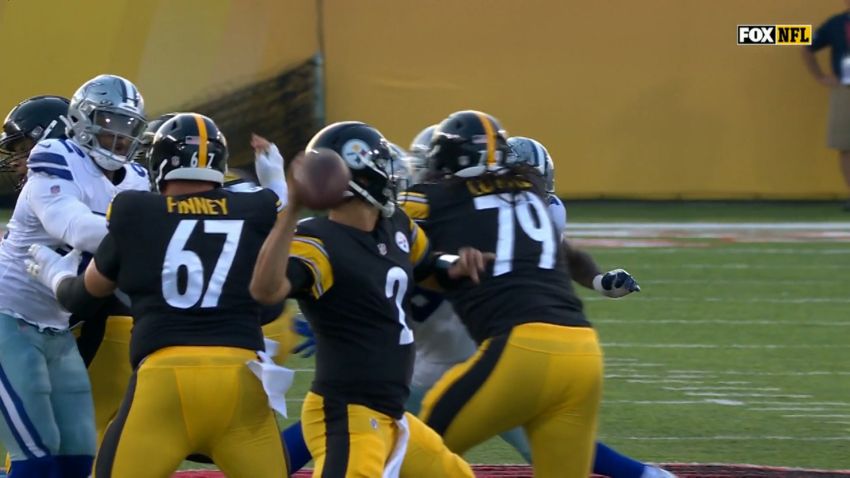 Some of those figures are on the far end of normal. Others are very much not normal. And we’ve already found out why those numbers were the way they were and why certain positions were short-changed in comparison to others. It has to do with the availability of vested veterans at the bottom of the roster and outdated procedural rules.

Ever since the NFL introduced the Designated For Return option in 2012 for players on the Reserve/Injured List, and required that players be on the initial 53-man roster in order to be designated for return, teams have made use of bottom-of-the-roster vested veterans to navigate this rather pointless regulation.

That is because, unlike players who are not vested, or high-profile veterans, they won’t have to go through waivers, nor would attract strong outside interest, and you can have an informal agreement in place to bring them back.

The Steelers placed defensive lineman Stephon Tuitt, offensive lineman Zach Banner, and running back Anthony McFarland on the Reserve/Injured List yesterday, the earliest that they could possibly do so to preserve their return eligibility. In corresponding moves, they re-signed three vested veteran players they had cut: Two offensive linemen, to bring their total up to nine at the position, and a defensive back, again bringing the number to nine.

Rashaad Coward and B.J. Finney logged a lot of snaps for the Steelers this summer, with Finney obviously having a lot of history. In combination with J.C. Hassenauer, that gives the team two backups with a center background. Coward is particularly valuable because he can play both guard and tackle. He likely dresses on Sunday as the eighth lineman.

The other player brought back was cornerback Arthur Maulet, who is going to be one of their nickel options. Like Coward and Finney, he, too, was a vested veteran, meaning that he is a player who has at least four credited NFL seasons, and which means he does not have to go through waivers before he can sign with any team he wants, until the trade deadline passes, at which point all players must be put on waivers.

And it seems the Steelers may already have plans for the extra inside linebacker, which is probably Ulysees Gilbert III, though could also potentially be Marcus Allen if he has to be moved to the Reserve/Injured List.

The Steelers signed veteran safety Karl Joseph to the practice squad, but it’s been reported that he will be signed to the 53-man roster once he clears the COVID-19 onboarding sequence of testing. That would bring the secondary numbers up to 10, and my guess would be that one of the two linebackers I mentioned will be moved to accommodate that transaction.

As mentioned, the circle-back pattern of bested veterans returning to the roster just a day or two after being released has been commonplace since the inception of the IR/DFR implementation. Doug Legursky circled back in 2015 when Maurkice Pouncey was placed on reserve.

They did it to Steven Johnson twice in 2016 and 2017, first for Bud Dupree and then for Cameron Sutton. It was Nat Berhe in 2018 for Olasunkanmi Adeniyi. But they were fortunate to have no players they needed to put on reserve to start the past two seasons, so perhaps the memory of this transaction has faded for Steelers fans. In its first year, David DeCastro went on the Reserve/Injured List, though he was actually replaced with an outside player: Cornerback DeMarcus Van Dyke.

In other words, Finney, Coward, and Maulet had always essentially ‘made’ the roster; most likely, they were told when they were released that they were coming right back, perhaps pending any potential waiver claims. They only had to hold tight for a day so the front office could satisfy an outdated administrative necessity. Of course, their status will have to be revisited as these players return from the reserve list.