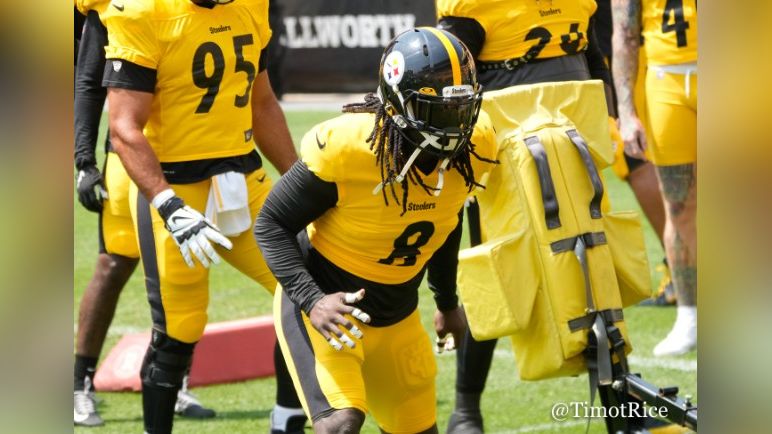 If there was a Steelers’ signing of the summer, boy oh boy was it Melvin Ingram. Without him, the state of the team’s outside linebacker group, especially given T.J. Watt’s angst-inducing contract situation, would look a whole lot worse than it does right now.

It was only a few months ago that we were debating who the #3 outside linebacker would be. Journeyman veteran Cassius Marsh, who struggled after being poached off the Colts’ practice squad last season, or Quincy Roche, a sixth-round rookie who – ready or not – might be forced into immediate action. Turns out the answer was neither. Marsh nor Roche are even with the team anymore. Instead, the Steelers signed Melvin Ingram on July 20th. He immediately bolstered the team’s EDGE depth and proved the signing to be a good one after an impressive summer. No matter the role he has this season, especially Week 1, Mike Tomlin told reporters he’s confident Ingram is ready.

“No reservations about Melvin’s capabilities as an outside linebacker or his preparedness in terms of being able to execute our football,” Tomlin said during yesterday’s press conference. “Like I mentioned, one man’s misfortune or circumstances are another man’s opportunity. The things that have gone on with T.J. have really given him an opportunity to acclimate himself to what it is we’re doing.”

Ingram, as Tomlin called him, was a “run game bully” this summer and dominated the Detroit Lions in the third preseason game he saw extensive action in. Here’s what we wrote about Ingram in our post-camp recap.

“First thing you notice about him is his size and body style. A little Woodley like with this huge, thick lower half and tree trunks for legs. He plays to that strength as well with a smart pass rush plan and ability to win in different ways, schooling top ten pick Penei Sewell and the Lions’ this past weekend. Ingram was a force in the run game, Mike Tomlin called him a “run game bully” for it.”

We gave him an A- grade for the job he did.

As Tomlin pointed out, not only was Ingram’s work quality, it came against the best competition he could face.

“Also do it within the first group and get reps within that group. So I’m really excited about his preparedness.”

Ideally and most likely, Ingram will have a rotational role throughout the season, playing 20-25 snaps per game behind Watt and Alex Highsmith. But with Watt almost certainly unable to play his usual 80%+ of the snaps in the opener against Buffalo, Ingram’s snap count should be higher than normal. Though he’s 32, he isn’t playing like it, and has the benefit of fresh legs to the start of the season.

Pittsburgh’s made plenty of offseason moves. Signing Trai Turner, trading for Joe Schobert, trading for Ahkello Witherspoon. But none may turn out as well as Ingram’s signing.