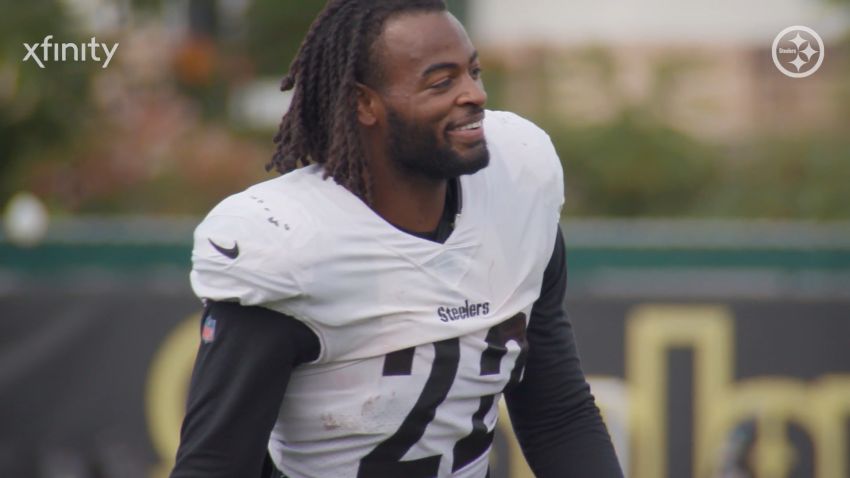 Playing at Alabama is a double-edged sword. While it prepares you to be a professional and gets you ready for the NFL, it misrepresents the parity that exists at the professional level. the Crimson Tide’s recruiting is second to none, and they routinely have some of the very best players who enter the league any given year. No NFL is the Alabama of their league.

“At Alabama, we’ve got a lot of guys who could play against the college football world. I’m not trying to say it’s a disadvantage, but it’s a disadvantage”, first-round running back and Alabama alum Najee Harris told reporters today. “To go into the NFL, it’s more, like, fair, I guess you could say. It’s even better to go out there and compete even more, because you know you’ve got to give your best right here”.

He’s already gotten something of a taste of that ‘fairness’ in comparison to what he’s been used to. He’s running behind a makeshift offensive line, for starters, and he’ll get full exposure to NFL fairness against the Buffalo Bills’ defensive line on Sunday.

“You’ve got to be even more specific and detailed in your work, because the guy lining up against you, it ain’t gonna be like, Heisman winner, Biletnikoff winner”, he said. “It ain’t gonna be like that. I’m not saying we don’t have guys here, but it’s more fair. It’s more detailed in your work. It’s knowing when you go out there you have to give 200 percent every time, every play, every rep, and it’s the little things that matter. It’s the game inside the game that’s really gonna play a factor”.

With that said, he has certainly appeared ready to make the transition into the NFL, and seems to understand that the road will not be near as ‘easy’ as he had it playing under Nick Saban. There will be many fewer wide-open holes to run through. Breaking open-field tackles won’t be as successful. Leaping over defenders will be much more of a risk.

But it’s not as though Alabama players can’t adapt. Look at his teammate, two-time first-team All-Pro Minkah Fitzpatrick. He’s seemed to have figured it out, even though he, too, enjoyed the benefits of playing with some of the best of the best while in college.

Harris brings an air of confidence with him into the league, and that is because he embraces everything as a challenge and savors the opportunity to compete. He knows that things will not be easy, but he welcomes that, and the task of overcoming.