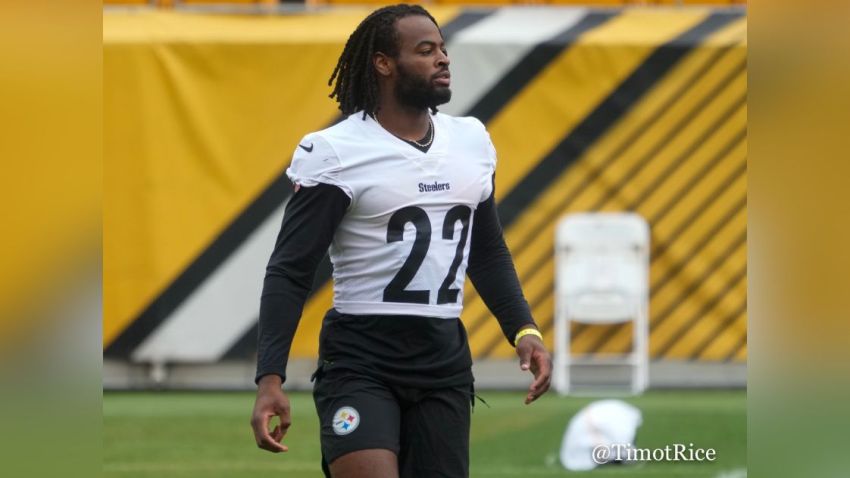 Most players, especially rookies in their first NFL game, would love to play at home. No travel, no hotels, and it helps to know exactly where the stadium bathroom’s at. Najee Harris isn’t like most plays. He’s excited for what players love to call a “business trip” to Buffalo this Sunday.

“The funnest part about me playing, I love competition,” Harris told reporters via team video. “I love going to other people’s stadium. Because your backs against the wall. They’ll say, you’re at another team’s territory. It’s always fun to see their faces and their eyes and the stands. Seeing the guys getting all pumped up and just coming out there and competing. You could silence that crowd. That’s always the best feeling. We’re always looking out there to go out to compete. It doesn’t really matter home or away. But if I could pick, I always want to play away. It’s the funnest, to be honest.”

Harris and the Steelers will be walking into a hostile environment to kickoff the season. The Bills’ stadium will be packed with over 70,000 fans. After barely being able to attend a year ago, Bills’ Mafia should be in full swing. Breaking through tables pre-game, potentially throwing, uh, certain objects on the field during it. Football’s back, baby.

Buffalo hasn’t lost a home game to a non-Chiefs team since December of 2019, nearly running the table in 2020 sans a Week 6 loss to Patrick Mahomes and company. And Pittsburgh’s tried and failed against them in each of the last two seasons, including losing on the road last season. Ben Roethlisberger was pick-sixed right before halftime and the Bills dominated the rest of the way, winning 26-15.

New faces like Harris, hopefully revamping the Steelers’ run game, will take the crowd out of the game. Just as Harris’ Alabama squad did.

“I’m not bragging, but [the crowd noise] wouldn’t last that long,” he said of his college days, knowing more often than not, the Crimson Tide would race out to an early lead.

It won’t be that easy this Sunday. But if  Steelers come home with a smile on their face, it’s likely due in part to what Harris did. If you’re wondering, the most rushing yards by a Steelers’ rookie in a Week 1 game came in 1966 when Willie Asbury ran for 83 in a 34-34 tie to the New York Giants. The NFL record for Week 1 yards by a rookie is a lofty 194, set by the Colts’ Alan Ameche all the way back in 1955.