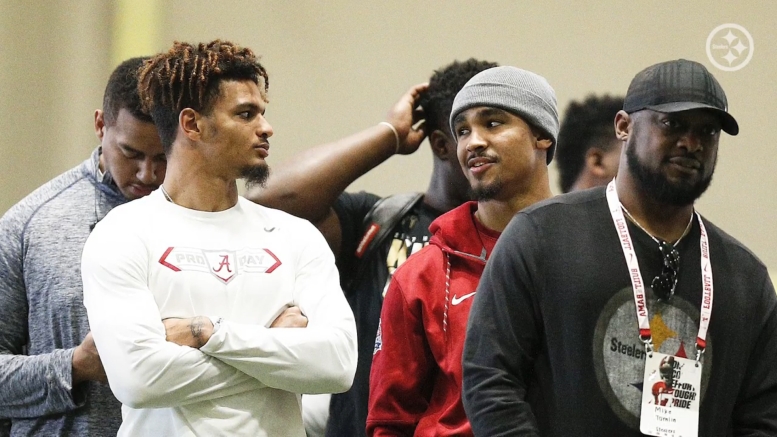 It was two years ago today that the Pittsburgh Steelers sent a first-round draft pick to the Miami Dolphins in exchange for former 11th-overall pick, safety Minkah Fitzpatrick, who was 18 games into his career at that point. He has become a two-time first-team All-Pro since then, finding his rhythm, and his home, in Pittsburgh.

But he wasn’t looking to be traded, at least not out of nowhere. After Brian Flores took over as head coach in 2019, they began playing him regular as a box player, like a dime linebacker, with regularity. Among other reasons, he felt as though the team was not putting him in the position to maximize his skill set, and the Dolphins were ready to move on as well, for the right price.

Those feelings didn’t take long to subside once he figured out where he was going, however, as Pittsburgh was one of the destinations he had in mind prior to the draft when considering where he would like to play, and for one reason in particular.

The Steelers had just lost free safety Sean Davis to what would turn out to be a season-ending injury when they made the trade for Fitzpatrick, though there were broader implications in consideration as well, including the fact that Davis was going to be an unrestricted free agent.

While Fitzpatrick’s position flexibility was a key asset, the Steelers just wanted him to play free safety and focus purely on that when they brought him in, and that helped him come in and play every snap right away while having an impact.

“When I got here, they just said, just play ball, do what you do, don’t overthink nothing, and that just took a load off my shoulders”, he said. “I was like, look, I’ve just got to go out here and show the Steelers why they used a first-round pick on me, so I just went out there and did what I had to do”.

It’s fair to say that he has done that. In 31 games with the Steelers, he has produced 146 tackles, with nine interceptions, 21 passes defensed, a forced fumble, and three defensive touchdowns. He recorded 10 tackles and a pass defensed (while playing in the slot) in their season-opening victory on the road against the Buffalo Bills.