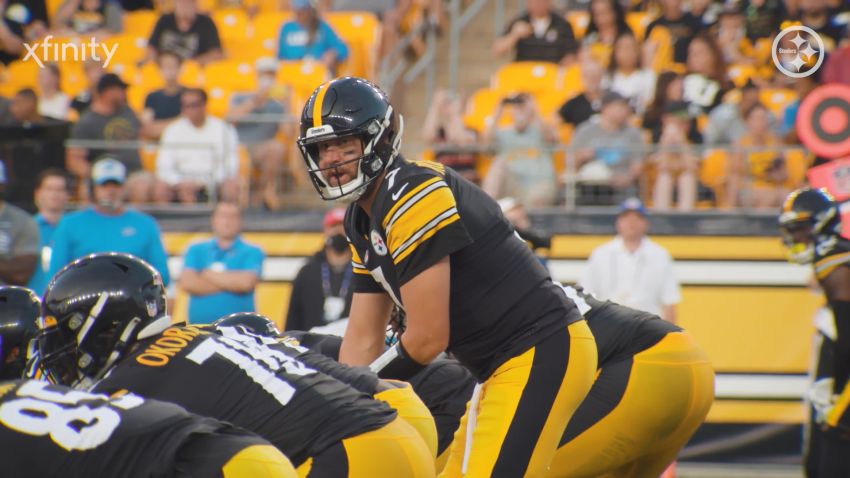 Feel free to disagree with Matt Canada, and I’m betting all of you do, but he doesn’t see the Pittsburgh Steelers’ offense in dire straights as the rest of the outside world does. Similar to Ben Roethlisberger’s comments about how close this unit is to moving in the right direction, Canada says the issues the offense is experiencing are wholly correctable.

“I think we’re going to stick with what we’re doing,” he told reporters Thursday via video provided by the team. “And obviously it’s not the sexy answer, but we believe we’re on the right track.”

Canada’s answer was in response to one reporter asking about using Wildcat packages with Najee Harris taking direct snaps. Wildcat probably isn’t the answer to solve all the Steelers’ ills but the idea of the team being on the “right track” is just as difficult to digest. The offense looks as disjointed as ever with issues across the board. Missed assignments, poor execution, drops, penalties, an overall inefficiency that’s leading this team unable to put points on the board, especially early. That’s forced the team to play from behind all too often which only exacerbate the team’s problems.

Through three games, the Steelers are averaging under 17 points per game, 28th in the league, and six of those points came via a blocked punt in Week 1’s win against Buffalo.

Canada outlined what the team has to do to fully get on track and head the right direction.

“We’ve got to get some cohesion upfront. We’re working to get that. And it’s not an excuse. We’ve got to produce right now. So we’re not running away from it or hiding from it, but we have to continue to do what we’re doing. We’ve got to continue to put our guys in position to make plays, which until we win, when we win, we’re not doing that well enough. So that falls on me.”

Pittsburgh’s offensive line was expected to deal with growing pains early on the season, something the team openly admitted before the year even began. But their struggles are perhaps even greater than most anticipated. The team has taken steps backward in the run game, something that didn’t even seem possible, while pass protection has been hot-and-cold. In Sunday’s loss to the Bengals, penalties became a real negative factor too with all five starting offensive lineman flagged at least once.

In a word, Canada says this group has to get back to the fundamentals.

It’ll take more than fundamental football to beat a potent Packers’ offense. A group who has scored 30+ points in each of their last two games. Pittsburgh won’t win this game 14-10 so the offense will have to find its track beginning this Sunday. To those watching on the outside, the only track the offense seems to be on is this one.