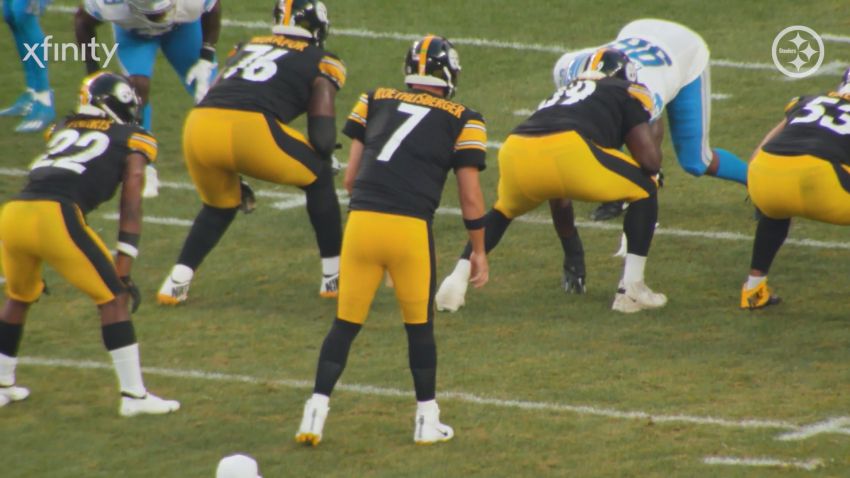 The Pittsburgh Steelers’ offensive line so far has been…not great. The entire line, more or less, is either inexperienced or in a new position, and they’re all learning a new system for the offensive line and for the offense as a whole. None of that affects the standards that they hold for themselves.

As you have probably heard at this point, the Steelers’ starting offensive line does include two rookies, those being third-round center Kendrick Green and fourth-round left tackle Dan Moore Jr. They have both had their highs and lows, probably Green offering the more erratic play in both directions, Moore a bit steadier with the peaks and valleys.

Dotson himself, of course, doesn’t have much more time logged. He only made four starts last season, all as an injury replacement. While many, if not most, regard him as their closest thing to a sure thing along the offensive line, he also has a way to go yet.

The two most experienced linemen of the group are on the right side, with Chukwuma Okorafor at tackle and Trai Turner at guard. Okorafor is in his fourth season since being selected in the third round by the Steelers since 2018. He has never won a starting job, but now has 20 career starts.

Turner was signed as a free agent in late June on the same day that they decided to release David DeCastro after learning that he would require ankle surgery and was considering retirement. Turner himself is a former five-time Pro Bowler, but he has only offered that level of play in isolated spurts.

With that being said, this group of linemen, especially the younger ones, do have the potential to be something more than they are currently. And that is the point, of course. While they may expect to be great, basically everybody else knew that there would be growing pains.

The Las Vegas Raiders really put those pains on display, as the Steelers relinquished pressure like they haven’t since about 2013 or so. Quarterback Ben Roethlisberger was hit 10 times during the game, which is remarkable considering his quick releases.

Realistically, the Steelers don’t even need this group to be great. They can settle for adequate, as long as it doesn’t hinder them to the point where they can’t run their offense. Again, the talent, I believe, is there. Whether they can manage to put it all together in time is the question.