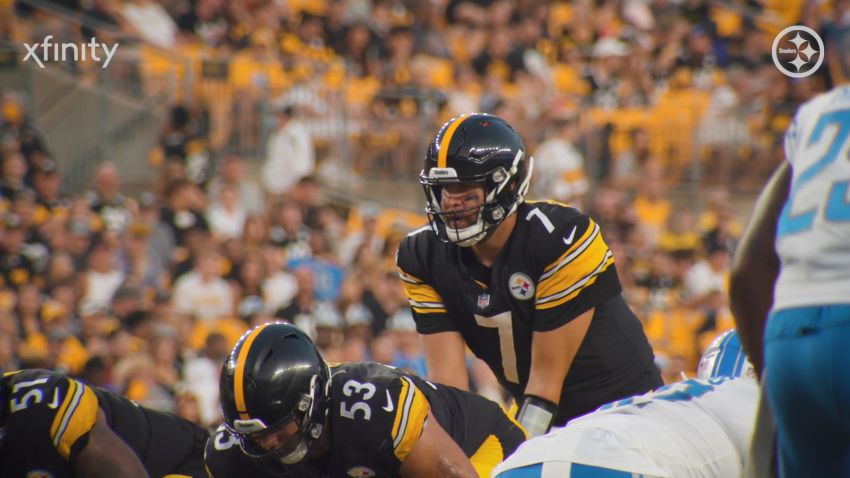 The Pittsburgh Steelers’ offense, outside of the quarterback and wide receiver positions, is going to look very different this year. Three of their five starting offensive linemen are new to the team, and they also have rookie starters at running back and tight end.

While the most important new face is obviously first-round running back Najee Harris, center Kendrick Green may be right behind him. The third-round pick is replacing 11-year veteran Maurkice Pouncey at the position, while still, to some degree, adjusting to the center role.

But while he’s had some growing pains, and the Steelers expect him to continue to go through them as the season progresses, they have seen him do everything the right way and with the right attitude since he’s gotten here that gives them confidence in his ability to succeed.

“Just a real strong work ethic, a real dedication to being ready to go”, offensive coordinator Matt Canada observed of his rookie center when speaking to reporters after practice on Thursday, video of which was not available at the time of this writing. “He came in and he wanted the job and he got the job. And that wasn’t just because it was handed to him”.

While he may not have been handed the job, he also wasn’t thrown up against steep competition, either. The only other centers on the roster were J.C. Hassenauer and B.J. Finney, both of whom did make the 53-man roster. Hassenauer is listed as the backup center.

“I think his football knowledge has been great”, Canada added on Green. “We talk about the learning curve and the first game and all those things are certainly there, but he’s done everything we’ve asked of him, and we feel really good about where he is right now”.

A week or so back, Green admitted that it has been a process adjusting to playing the center position at this level, after spending the vast majority of his college career playing guard. He talked about how the time from snap to contact with a defender is greatly reduced the further inside the line you go, and having hands on him so quickly has been perhaps his biggest hurdle.

But he’s clearly made progress, and while he’ll have a bad rep here and there, he’s also put together a lot of encouraging play on his tape that highlights his speed and athleticism, his intelligence, and even his ability to put a defender on his back.

The Steelers are not a team that is quick to offer praise for rookies, but one thing that has been said consistently about Green has been about his passion and dedication, and how he is driven not only to take the center job, but to thrive in it. He’s won the job. Now he’s got to win his matchups.