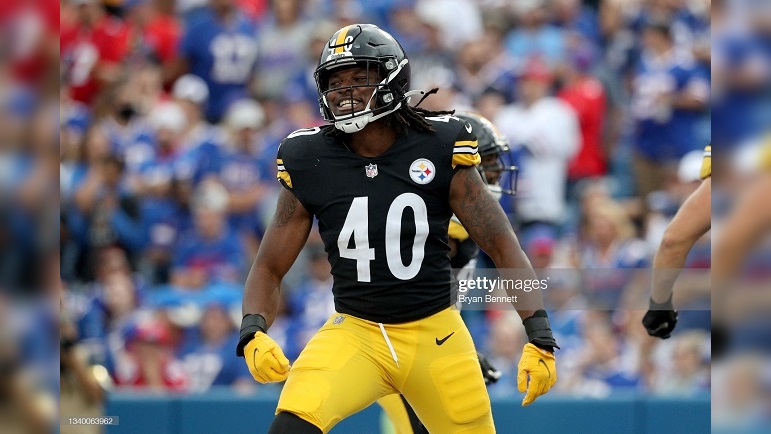 We might be waiting until the Week 3 inactives are announced on Sunday to find out if indeed two of the Pittsburgh Steelers outside linebacker, T.J. Watt and Alex Highsmith, will play against the Cincinnati Bengals as both are currently dealing with groin injuries. We can, however, count on outside linebacker Jamir Jones dressing again on Sunday and we can probably count on him playing at least a handful of defensive snaps against the Bengals and maybe even more depending on what happens with Watt and Highsmith.

On Thursday, Steelers defensive coordinator Keith Butler held his weekly press conference and during it he was asked about Jones and if there’s anything he does well as a pass rusher.

“Oh, he’s got good hands,” Butler said of Jones. “He’s got real good hands. And Karl [Dunbar] has done a great job with him in terms of rushing and stuff like that. So, he does a great job in using his hands when he rushes the passer as all good pass rushers do.”

That’s comforting to hear ahead of the Steelers Sunday home game against the Bengals and especially if the young Notre Dame product winds up needing to play a lot more on defense than he has in the team’s first two regular season contests. After playing just one defensive snap in the Steelers Week 1 game against the Buffalo Bills, Jones played 15 more in Week 2 against the Las Vegas Raiders. Most of those snaps came at left outside linebacker, the side that Watt usually plays.

Jones sadly really wasn’t noticeable in the snaps that he played against the Raiders. He’ll certainly need to be noticeable on Sunday against the Bengals if asked to play a lot more. Before Butler spoke on Thursday about Jones, fellow Steelers outside linebacker Melvin Ingram, who will likely see a ton of playing time on Sunday against the Bengals, talked glowingly about the fourth string outside linebacker during his own media session.

Ingram also let it be known on Thursday that he’s seen growth from the Steelers young outside linebacker in the short amount of time he’s been around him.

“I’ve seen him grow tremendously,” Ingram said. “Just every day from camp to practice to the games. Every day, day in and day out he’s working. So, he’s just becoming a great football player in this league.”

On Thursday, Watt was limited in practice while Highsmith did not practice at all for a second consecutive day. Assuming Watt winds up playing on Sunday and Highsmith doesn’t, Jones will be the third string outside linebacker against the Bengals. That role would likely require him to play at least as many snaps as he did against the Raiders and possibly even more. In short, we might just get a chance to see just how good of hands that Jones has when battle Bengals left tackle Jonah Williams, a former first-round draft pick.