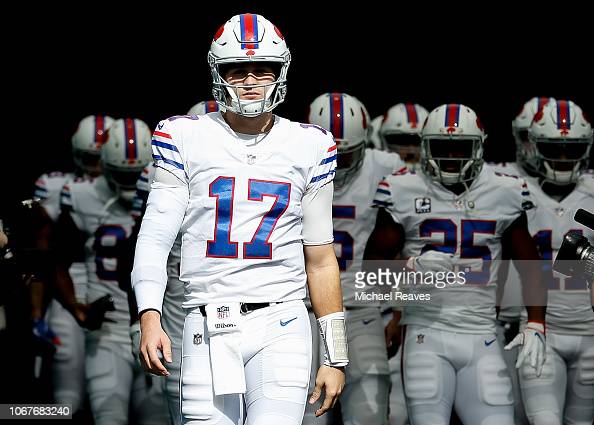 The Buffalo Bills had nearly a 60-40 pass-to-run ratio last season, with quarterback Josh Allen alone attempting 572 passes during the year. He also accounted for over 100—about a quarter—of their total ‘rushing’ attempts. This is an offense that likes to put the ball in the air, first and foremost, and that’s exactly what the Pittsburgh Steelers are anticipating on Sunday afternoon.

“Y’all ever heard of the drill, 7-on-7? Seven DBs against their seven? That’s pretty much what we’re gonna be in”, defensive coordinator Keith Butler said of his defense facing Allen and the Bills’ offense, and the challenges they will face.

“It’s probably gonna be about 20 percent run and 80 percent pass”, he added. “That’s okay with me, because in the past, we’ve been a pretty good four-man rush team.  We’ve got to see what happens this time. We led the league the last four years in sacks”.

Butler’s statistical citation is correct, and they have also been over 50 sacks as a team in each year. Not only do they bring the quarterback down at a high rate, they also put pressure on him more consistently than any other team.

The state of that pass rush, however, is in question for the opener. While Cameron Heyward is here and healthy, Stephon Tuitt is on the Reserve/Injured List for the game, and Alex Highsmith is dealing with a groin injury, while T.J. Watt, though a superstar athlete, has just started practicing fully. They do have Melvin Ingram waiting in the wings, though. And Butler knows they’re going to need whoever’s out there to apply the pressure.

The turnover in the secondary makes it all the more important that the pass rush is able to come out firing. Gone are Steven Nelson and Mike Hilton. Cameron Sutton is now in the starting lineup, and he spot-started the last time Pittsburgh faced the Bills, with trying consequences.

And nobody knows exactly what their plan is for the nickel. The prevailing assumption, I would imagine, is that Sutton will kick inside and James Pierre will play on the outside. But they also have options with other players like Ahkello Witherspoon, who was recently acquired, or Arthur Maulet, or Tre Norwood. Even Karl Joseph could be an option. They’d like to give the Bills as many things to think about and plan for as possible.