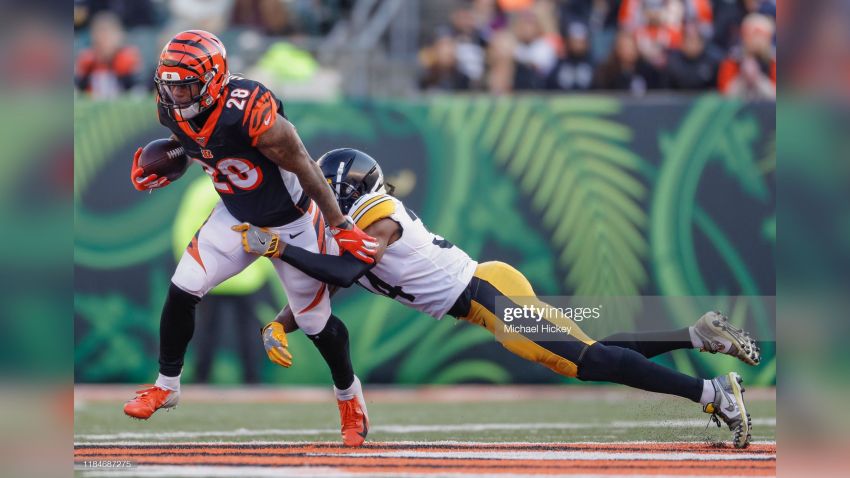 Given that they have only won six games combined over the course of the past two seasons, it is laudable that the Cincinnati Bengals managed to pull of a win in their regular-season opener against the Minnesota Vikings last week, even if it took nearly all of an overtime period following a blown lead to seal the deal.

Much of the thanks for that performance can be put on the shoulders of their Pro Bowl running back, Joe Mixon, who has himself excited for this season after that performance, portending good things to come. He carried the ball 29 times against Minnesota for 127 yards, scoring once, an uncharacteristic stat line early in the year for the Bengals, as he hopes to lead the league in rushing again.

“It’s night and day to be honest”, he said after the game about how the Bengals’ running game has gotten off to start this year in comparison to other years. “For one thing they’re dialing up the runs more”.

“Two, I think the linemen have bought into the schemes that we’re running and then I’m bought into believing what we want”, he added, “and what we want to be and that’s being the best rushing team in the league. I know it’s a week at a time but at the same time we have to do whatever we can do to stay consistent and produce”.

After years of floundering, a new-look offensive line is beginning to emerge. Jonah Williams is finally beginning to establish himself in his third season, and Riley Reiff is an upgrade at right tackle over Bobby Hart. Having a heavy Trey Hopkins at center has helped as well, but so has an actual commitment to running the ball.

“Usually in the past we haven’t been able to get over the hump early”, Mixon said. “With me getting a great start and being a great finisher throughout the year and only getting stronger, that’s a great feeling to have. I never had a good start. This is the first time I’ve been able to get a good lead on people. I feel great about it”.

Excluding Washington’s Antonio Gibson, who has already played two games, Mixon does indeed lead the league in rushing, with the Chicago Bears’ David Montgomery in second place (Daniel Jones is actually in between them, but, again, has played two games). They are one of five backs who went over 100 yards in the opener.

A former second-round pick, Mixon has rushed for 3559 yards on 812 carries in his first four seasons. He also has another 1000 yards in receptions, with 25 scores. He totaled 150 yards from scrimmage on 33 touches in the season opener last week. Mixon missed 10 games of the 2020 season due to injury.