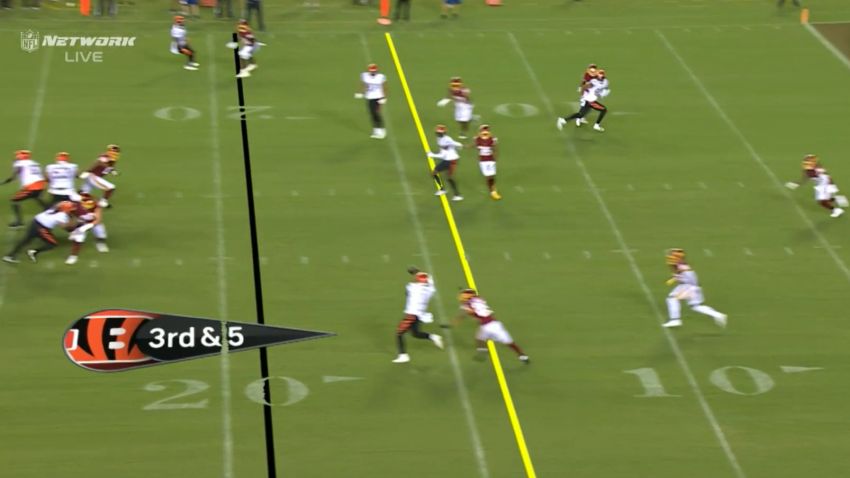 Ja’Marr Chase had an incredible single season for the LSU Tigers in 2019, a huge part of the offense, led by Joe Burrow at quarterback, that produced one of the great seasons in college football history, an undefeated campaign that ended in a championship.

The wide receiver did not play last season, but he was still the first wide receiver off the board, going to the Cincinnati Bengals, who drafted Burrow the year prior. It’s been something of a rocky transition for him, however. He’s dropped the majority of the passes that have come his way, heading into his regular-season debut. Speaking with the team’s website, he discussed multiple variables, including the difference between the college regulation football and that used in the NFL. But the obvious of sitting out a year also came up.

“I don’t want to blame it on me sitting on my butt the whole year, but it probably had something to do with it, of course”, the rookie admitted. “There’s a bigger ball adjustment, so I don’t want to make excuses but I’ve just got to be a pro and make the catch”.

Specifically, he talked about the ball being larger, and more uniform in color. “It doesn’t have the white stripes on the side so you can’t see the ball coming from the tip point so you actually have to look for the strings on the ball at the top, which is hard to see because whole ball is brown and you have the six strings that are white”, he said.

“But for the most part, just have to get used to it and find out what I am comfortable with catching”, Chase added. He admitted that a lack of concentration has been involved in his failure to secure the football on a series of routine plays.

Of course, this is not who he is as a player, but it is what he has out on tape right now. As soon as he starts hauling in the catches during the regular season, the preseason drops will largely be forgotten about, at least until he inevitably drops his first pass in a game that actually counts.

But the offense isn’t going to rely solely on the rookie. They also have Tyler Boyd and Tee Higgins at wide receiver, and C.J. Uzomah and Drew Sample at tight end. They have Joe Mixon in the backfield, and of course Burrow is under center.

This is an offense that has some talent, if they can find some coherence, particularly along the offensive line, which as been a shadow of its former self back before they let Andrew Whitworth go because they thought he was too old—while he continues to play at the age of 39, five years removed from his time in Cincinnati.