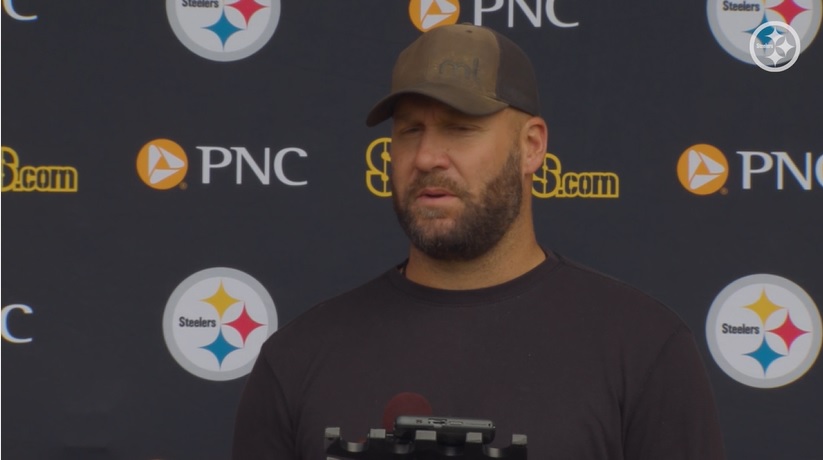 After the beating Ben Roethlisberger took in Sunday’s loss to the Raiders, it’s no surprise to see him show up on this week’s injury report. He suffered a left pectoral injury this weekend and though it sounds like he’ll play in Week 3 against the Cincinnati Bengals, it won’t be a pain-free experience.

Speaking with reporters Wednesday, Roethlisberger offered a brief rundown of his injury.

“I don’t know how it happened,” he said via the team website. “I just know it happened early in the game. And I’m gonna do everything I can [to get ready for Sunday].”

Roethlisberger was sacked twice and hit ten times by the Raiders’ fierce pass rush. He took several hard shots by free rushers, including a fourth down incompletion early in the second quarter. It’s certainly possible that’s when the injury occurred and to rub salt in the wound, no lineman helped him to his feet (an issue that’s apparently been addressed).

Roethlisberger went into a bit more detail about the nature of the injury.

“Typically [it hurts] when I reach for something outside the framework of my body. Or trying to push up, get up off of the ground or something like that.”

He confirmed the injury bothered him during the game. But he’s yet to test out how his body feels when throwing since the loss.

“I haven’t thrown a ball since the game. You have a lot of adrenaline going during the game…today’s only Wednesday so we have a lot of time to get ready to go.”

Regardless of how or when the injury happened, it’s now up to Roethlisberger to be as ready as possible to play the Cincinnati Bengals this Sunday. It’s highly unlikely he practices today; even when healthy, Wednesdays are typically rest days for him, so Thursday’s and Friday’s injury reports are the key ones to watch.

Though clearly not at 100%, he’s still likely to suit up this weekend. If there’s any silver lining here, Roethlisberger seems to play his best ball when he’s hurt (and everyone knows about it). Pittsburgh’s offense could certainly use one of those classic performances this week.