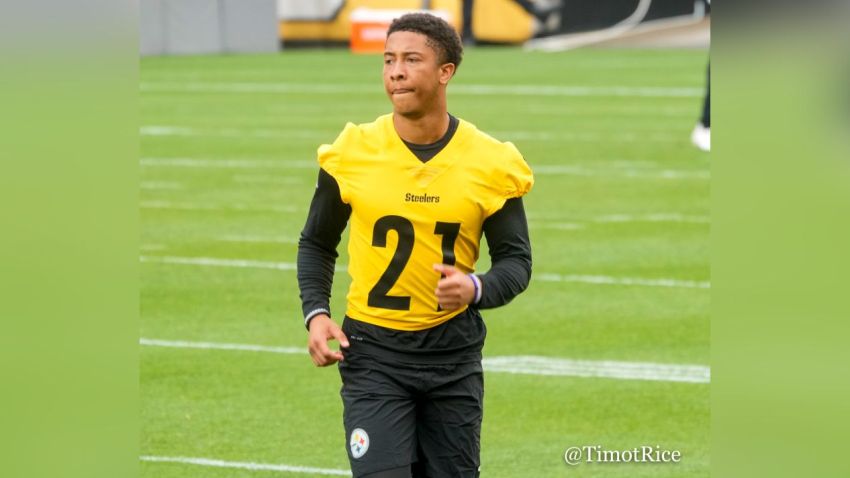 Danny Smith doesn’t often name names. Because when you name names, people take note of the names you didn’t name. But pressed by reporters Wednesday, Smith couldn’t help but name one name. Rookie Tre Norwood. Smith praised the job Norwood’s done this summer and the intelligence he’s shown doing it.

“One guy from the start that really is much more mature for him being a rookie was Tre Norwood,” Smith told reporters via team video. “Tre Norwood is smart as hell. I have challenged him with way down the line things that we’re going to see in Week 10 and 12 and 13 and 14 and things like that. That he was able to answer. I put him in some tough situations in front of people in front of his teammates and in practice. He never blinked.”

Norwood’s been lauded by teammates and the coaching staff all summer. Drafted as a Swiss Army Knife, his makeup and performance is similar to Cam Sutton. A versatile, smart player who needs to work on consistency as a tackler but someone with a lot of room to grow. Sutton had a quiet first two years in the league before making a serious impact on the defense in Year 3 and Year 4. Norwood, to be honest, might be a little ahead of where Sutton was at in his rookie season.

Norwood’s moments on special teams were noticed by us as well. He helped create the return lane on both of Mathew Sexton’s long punt returns this summer, executing the “airplane” block technique to avoid a block-in-the-back while still making the play. Take a look at both which we highlighted in a film room last month.

“He never blinked. I told him, ‘cut his eyelids off, man.’ Cause that boy don’t blink.”

Smith compared Norwood’s composure to that of another (unnamed) rookie who was a “nervous wreck” when Smith moved him to a new position during today’s practice.

Norwood cemented his roster spot with the good graces of seemingly the entire coaching staff. His Day One role is unclear but to hear Smith tell it, Norwood will have a role on special teams right away. That could mean being the Steelers’ starting upback given Marcus Allen’s hamstring injury. Allen had served in that role, the QB of the punt team, with Norwood acting as the backup.

Perhaps at some point, Norwood will see a role in this Steelers’ defense too.