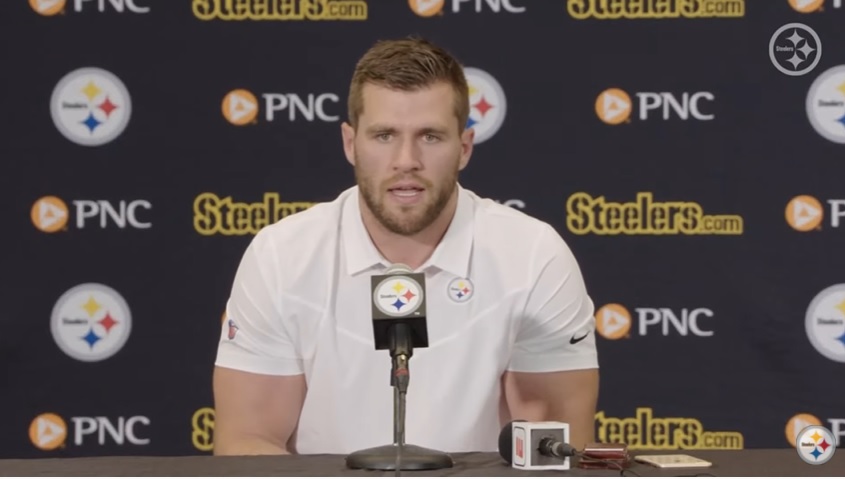 TJ Watt’s secured the bag. Now he wants to secure a ring. Fresh off his four-year contract that’s made him the highest defensive player in NFL history, all his attention can turn towards Week One and the journey of trying to win his first – and the franchise’s seventh – Super Bowl.

Holding a press conference Friday, Watt made his mission clear.

“Let’s go win a Super Bowl,” Watt said when asked what his message is to fans. “Clear as that. I appreciate everybody’s support through the whole thing. But now it’s time to get down to work again and start winning football games.”

Of course, winning a Super Bowl means winning at least two games before getting there. Watt and the Steelers are 0-2 in postseason games since he was drafted, including an ugly home loss last season to Cleveland in the Wild Card Game. That failure isn’t all on Watt, far from it, but his next postseason sack will be his first. It’ll take a strong pass rush from Watt and the Steelers’ front seven to compete in the postseason, assuming they make it back this year in the first place.

Watt believes this current group of Steelers is talented enough to do it.

“That’s what we were just talking about. Just how special this group can be. And with all the new additions that we have. We’re not so young anymore on defense. And it’s a real possibility. It’s not something that we’re just putting on a wall and slapping as we walked by just because we have to. We truly believe this is a special team. That’s why I feel like we have to put every single thing we have into this year and see where it gets us.”

Like the six Super Bowl teams before them, if Pittsburgh wants to win a seventh, it’ll be on the backs of their defense. Pittsburgh’s offense has weapons and Ben Roethlisberger isn’t nearly as washed as some in the national media have made him out to be.

But the Steelers’ defense is the strength of the team. They’re the unit that’s had first round pick after first round pick pumped into it. That’s the side of the ball Kevin Colbert trades to add to. They’ll have to play as the strength to win a competitive AFC North, a wicked AFC in order to hope to add another Lombardi to the trophy case.