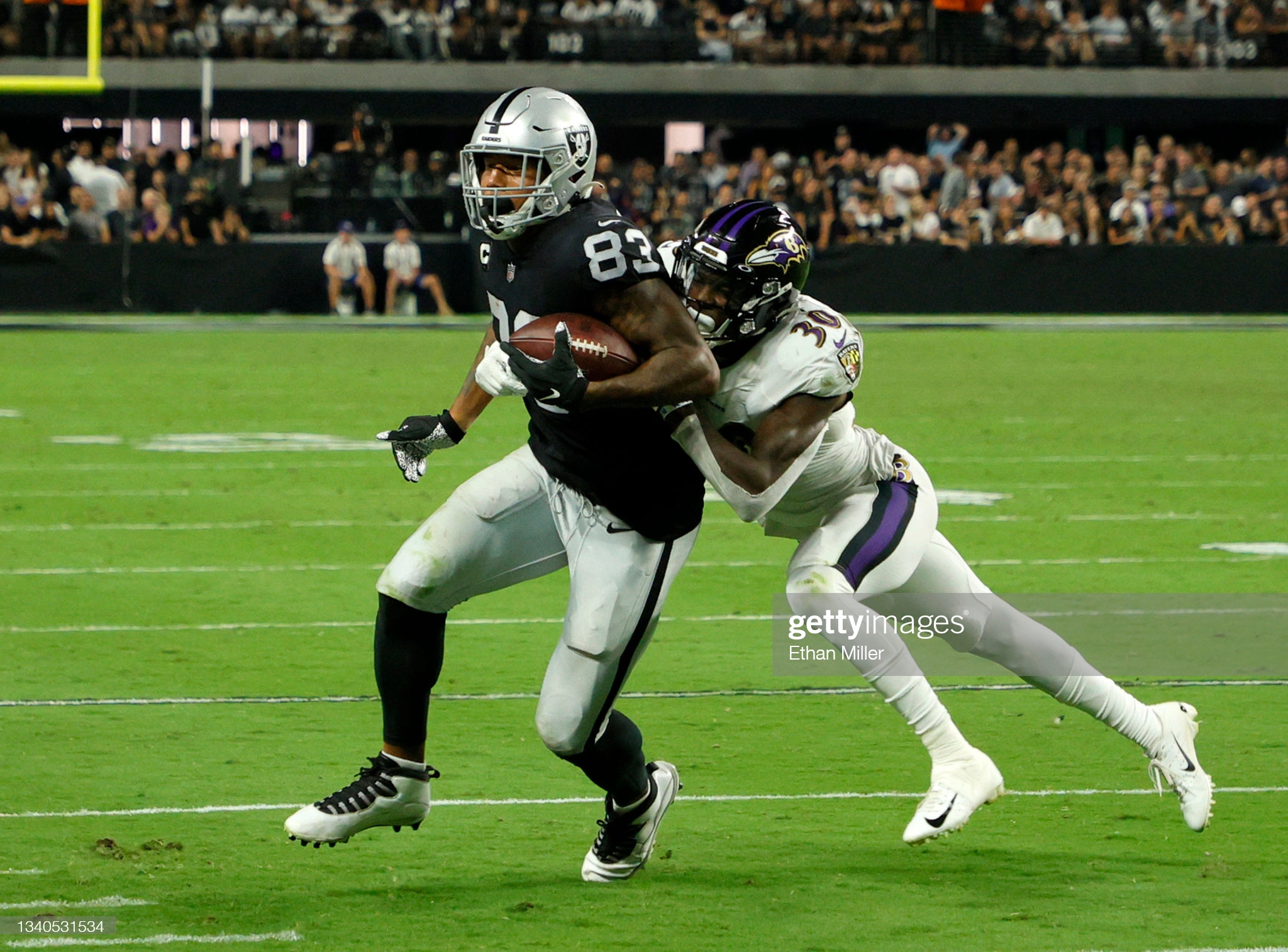 Entering Sunday’s Week 2 game, the Las Vegas Raiders offered one threat on offense greater than any other on the team’s roster: Tight end Darren Waller. In his team’s season opener, Waller made 10 receptions against the Baltimore Ravens. Across those receptions, he had 105 yards and a touchdown. His performance was instrumental in the Raiders upsetting the Ravens on overtime, and beginning the year 1-0.

Pittsburgh had the challenge of defending Waller in Week 2, a focal point of the team’s defense leading up to the game. And while the Steelers had their miscues in the secondary, giving up 382 yards passing and a pair of touchdowns to Raider QB Derek Carr, defending Waller was one area that the team succeeded in Week 2. The Vegas superstar had only five receptions for 65 yards in the contest, and two of those catches came on the team’s final two drives. Removing those, it was a three-catch, 30-yard day for an All-Pro caliber tight end, a silver lining in a team loss for the Steelers.

“I thought we did a good job early on. I thought, you know, as attrition set in, it kind of limited us a little bit in terms of some of our flexibility with that, but that’s the nature of the thing,” Steelers head coach Mike Tomlin said, of how his team defended the Raiders’ best offensive player. “And they got a good group. It’s not only Waller, they got other eligibles that are dangerous guys. And that’s why it’s a challenge.”

Waller didn’t get the Steelers until late, but other Raiders did. Passes from Derek Carr to Hunter Renfrow and Foster Moreau helped set up the Raiders’ three field goals in the first half. In the second half, more passes to Renfrow, Moreau, and Ruggs resulted in both of Vegas’ touchdowns. Moreau (the other tight end on the team) caught the first one, and Ruggs out-ran the defense for a 61-yard deep pass and score that severely damaged the Steelers’ comeback chances for the final nine minutes of the game.

“I think we did a good job the first half, even in the second half, he only caught one or two balls,” Steelers safety Minkah Fitzpatrick said. “I think we just got to win some more one-on-ones, and that’s expected from anybody that’s in a one-on-one. That’s what we do every week is take away their star players and make other guys beat us. And you know, this week they got us with other guys.”

Waller even finally broke through late in the game, making a 10-yard catch a few plays before Ruggs’ touchdown that gave Vegas a first down. And on the Raiders’ next drive, he had a 25-yard catch to get into Steelers’ territory and eventually set up a field goal from Daniel Carlson that made it a two-score game and eliminated any chance of a Steeler win.

Defending Waller? A success for the Steelers and the team’s defensive gameplan. But closing that door did allow others to open for Las Vegas, showing more work remains for the Steelers’ new-look secondary.