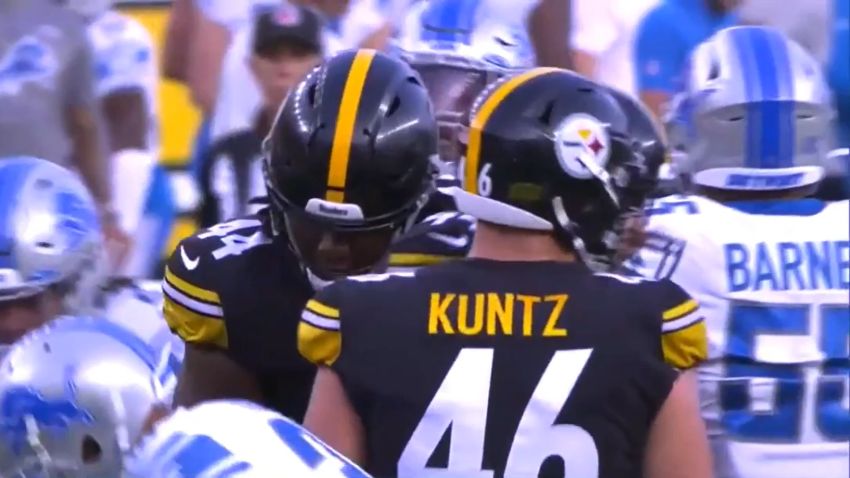 Christian Kuntz was an outside linebacker for Duquesne in college. He put up over 30 sacks and 70 tackles for loss, some of the numbers in school, and FCS, history. That wasn’t enough for him to make it in the league—he spent one day with the New England Patriots in August after going unsigned following the draft, but he fortunately quite literally had a backup plan.

The Pittsburgh Steelers’ new long snapper was the backup at that position in Duquesne, simply because, like James Harrison or Vance McDonald, you just need another guy who can do it in an emergency. Fortunately for him, the Packers knew about this when he went in to work out for them.

“I was the backup in college, just because we had a guy and we needed somebody to be the backup. After that, when I got released from New England, I was on a workout in Green Bay, and they knew I was the backup and did it for like, three games at Duquesne, and they asked me to snap”, he told reporters yesterday, speaking to the media for the first time since making the 53-man roster.

“Once I did, they were like, ‘Hey, this is what you need to work on the next year, two years, whatever you need to do, and you’ll be in the league’”, he continued. “So that’s kind of how I took it and ran with it”.

That was in 2017. He would spend brief periods of time with the Denver Broncos and the Jacksonville Jaguars, before fully converting exclusively to long snapper, before he would hook up with his local team, the Steelers, for the first time in 2019.

Kuntz was still playing linebacker even then, when the Steelers signed him in mid-August that year. He even recorded a sack in the preseason. But at least by this offseason, he was exclusively long snapping, having continued over the years to hone this particular craft.

Now, in his third offseason with the Steelers, and his fifth since going undrafted in 2017, he finally has a spot on the 53-man roster, unseating five-year incumbent Kameron Canaday for the role. And he has perhaps a Green Bay Packers coach to thank for it, helping to set him on the path that would change his fortunes.

If he lasts even one full season with the Steelers, Kuntz will earn $660,000 for the 2021 season. That alone would be worth the five-year wait, not even weighing in the invaluable ability to live out the dream of playing in the NFL—for your local team, no less.