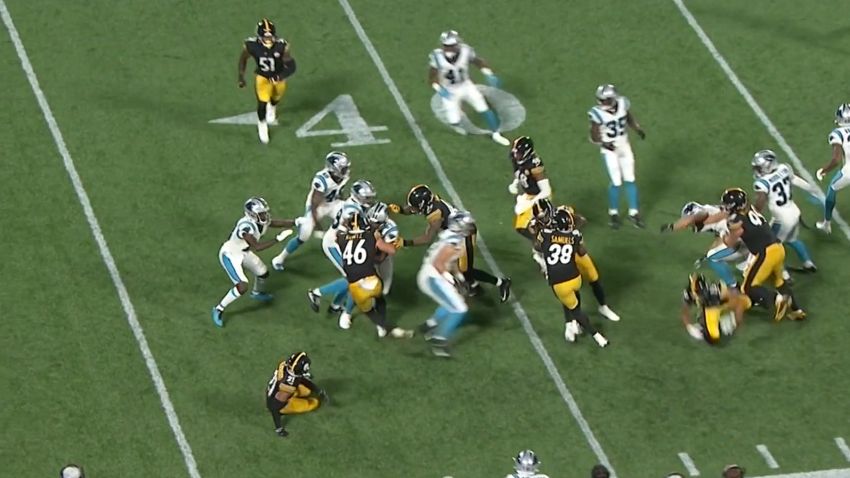 As it turns out, scouting a long snapper for his ability to make tackles in coverage is like scouting a pitcher for his power hitting: not very useful if he can’t do the most fundamental elements of his job well. Much has been made by some—like me, admittedly—about new Pittsburgh Steelers long snapper Christian Kuntz’s background as a linebacker, but that didn’t really have anything to do with his ability to beat out Kameron Canaday for the job.

He knows that. Special teams coordinator Danny Smith definitely knows that. When he was asked about what gave Kuntz the edge in the battle for the long snapper job, the only thing that he mentioned was the consistency of his snaps. “His ball is the same ball”, he said.

Yeah, it’s nice if your long snapper is also able to be a positive, let alone significant, contributor in the punt coverage unit, and maybe Kuntz will be able to record half a dozen tackles or so this year because of it. But that’s not why he’s still here.

Of course, it’s the bonus that lay fans are going to care about, though. Tackles are a measurable statistic by which a player can be judged. If you have a long snapper who is putting up 10 tackles a year, that looks good. But what if his snaps are only accurate about 80 percent of the time? What if he botches a few that leads to bad kicks?

That’s actually what happened to Canaday during his rookie year in 2015. He won the long snapper job for the Arizona Cardinals. He was released after just a few games because he had a couple of bad snaps, which you simply cannot have, like a power-hitter pitcher who can’t consistently find the strike zone.

Canaday’s strike zone during the past five years with the Steelers has been…okay. But if it was above the line, the way that Greg Warren was during his long tenure here, there never would have been a competition for the job in the first place.

In other words, it’s nice for Kuntz that he might be able to run down some kicks, but if he actually wants to keep this job for the long haul, he’d better keep his balls straight.