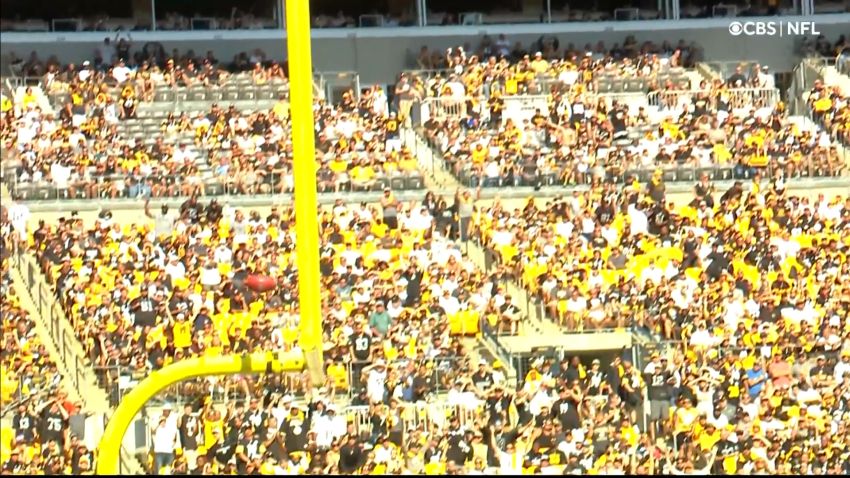 While the Pittsburgh Steelers’ offense and defense left much to be desired in their performances at Heinz Field yesterday, the special teams is about the only thing that stepped up. Rookie punter Pressley Harvin III had a strong game after a shaky debut the week before. And veteran kicker Chris Boswell set a new stadium record with the longest field goal ever made.

Trailing 23-14 and needing to make it a one-possession game, the Steelers called upon Boswell from the Las Vegas Raiders’ 38-yard line with 3:47 to play in the fourth quarter, needing him to make a 56-yard field goal.

The LONGEST field goal EVER at Heinz Field 👀

He did it, and in doing so, he made the longest field goal inside of Heinz Field in NFL history. Within the regular season, the previous record was set by the Dallas Cowboys’ Dan Bailey, who hit a 53-yarder during the 2016 season. Boswell would tie it himself a year later in epic fashion, connecting from the same distance with two seconds remaining in the fourth quarter to break a 28-28 tie with the Green Bay Packers.

But Matt Gay connected on a 55-yard field goal during the 2019 preseason at Heinz Field as well while playing with the Tampa Bay Buccaneers. Then a fifth-round pick, he spent only that year with Tampa Bay, but has been with the Los Angeles Chargers since last season.

It is also tied for the third-longest field goal in team history, a record that he broke just last year when in November, on the road, he connected on a 59-yard field goal. The previous record belonged to Kris Brown, who had a 57-yard field goal in 2007. He also had a 56-yarder in 2009.

Oh, and he’s also comfortably the most accurate kicker in team history. In fact, he stands as the fourth-most accurate kicker of all time, currently, behind only Justin Tucker, Harrison Butker, and Josh Lambo, with a field goal percentage of 88.24. Lambo plays tonight for the Packers.