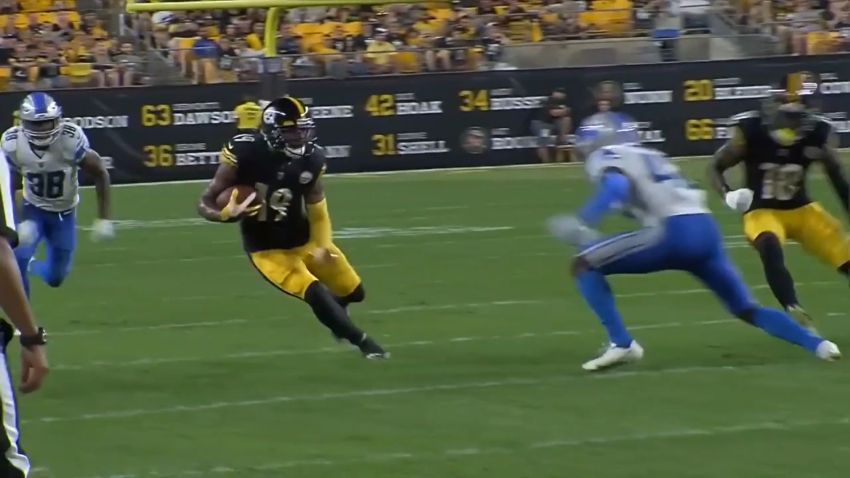 Pittsburgh Steelers wide receiver JuJu Smith-Schuster, at least for one more season, before he gets another, likely better, crack at the unrestricted free agency market. Irrespective of what the future holds, but he and the Steelers coaches intend to take full advantage of what the fifth-year veteran has to offer.

In particular, offensive coordinator Matt Canada highlighted Smith-Schuster’s ability to provide the offense with mismatches, something that he hopes to capitalize on this year in his first season as the Steelers’ play-caller.

“You’re gonna come in with a plan of what we’re gonna do. Our job is to put our players in the best position to make plays”, Canada told reporters yesterday. “At the same time, finding those matchups on the other side that exploit whatever we can”.

A 2017 second-round draft pick, Smith-Schuster had an early impact as a rookie, putting up 917 receiving yards with seven touchdowns. He made the Pro Bowl a year later with 110 catches for 1,426 yards and another seven touchdowns, but his numbers have declined since then, his nine-touchdown season a year ago being an exception.

But the coaches believe there are many factors involved in that, including injuries and offensive limitations that they believe have since been addressed, as well as largely limiting him, by necessity, to slot work.

That should change this year as they take advantage of what Canada calls “JuJu’s unbelievable toughness”, which is hard especially for slot defenders to match. “JuJu plays so physical; JuJu plays so hard. And he makes those catches”, he said.

Smith-Schuster has certainly been the recipient of more than his share of criticism, both on and off the field, over the course of the past two years—he even recently drew heat for taking part in a potentially dangerous ‘milk crate’ viral challenge—but he has an opportunity in Canada’s offense to revitalize his market value this season, just in time to cash in next March.