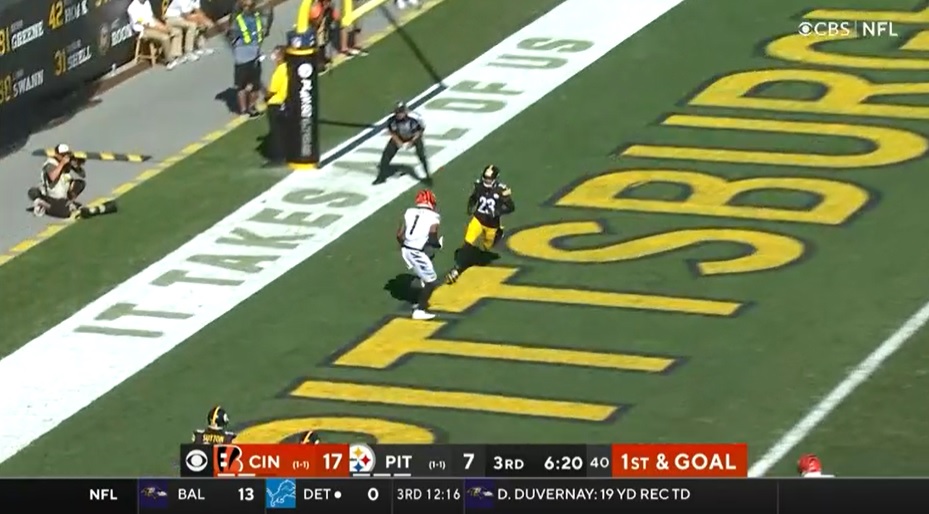 Cam Heyward’s not one to mince words. He needed only three to describe his team Sunday.

No arguing with that.

Offense, defense, special teams, it all went wrong in a 24-10 loss to the Cincinnati Bengals Sunday afternoon at Heinz Field. The offense’s struggles continue and in some ways, have gotten worse, while the defense is a far cry from their Week One performance, hampered by injuries and big plays.

“We sucked today,” he said via a transcript provided by the team. “Things did not look well and didn’t play in our favor. Our level of execution was not high. Whether it’s missing the tackle in the red zone when we should’ve just gave up three. Or a two-minute drive, we’ve go to get off the field. Starts with a penalty, then ends with a touchdown. As a defense, that’s unacceptable. It was less than two minutes. Then going into the half, we didn’t take the field and get off the field. When you have that, that’s a recipe for a disaster. Defense, we did not play well.”

The Bengals didn’t need to be on the field much to put points on the board. They ran just 42 plays, really only 40 discounting two end-of-game kneeldowns, to put up their 24 points.

As Heyward mentioned, Cincinnati’s first touchdown came on a Tyler Boyd broken tackle. Melvin Ingram went for the big hit instead of wrapping up and Boyd bounced off into the end zone for a 17 yard catch-and-run. Pittsburgh tied the game up at seven late in the second quarter. But Burrow manufactured a quick three-play, 75 yard drive in just 27 seconds, starting with an Ingram personal foul and ending with a Ja’Marr Chase’s 34 yard touchdown down the left sideline to give the Bengals a lead they wouldn’t give back.

Burrow and the Bengals got the ball at the start of the second half and executed a ten-play, 55 yard drive that led to a field goal, giving them their first two-score lead of the day. Following a Ben Roethlisberger interception, Burrow again found a wide open Chase in the back of the end zone for his second score of the day, beating Joe Haden over the middle of the field.

Pittsburgh will look to get healthier for their Week 4 tilt on the road against the Green Bay Packers. Against the Bengals, they were without OLBs TJ Watt and Alex Highsmith and led to a quiet pass rush that didn’t officially record a QB hit on Burrow. Of course, when the Bengals run only 40 plays and throw the ball 18 times, it’s hard to get after the quarterback.

Heyward hoped there would be better days ahead.

“Hopefully, it’s the worst one of the year.”

After a messy performance like that, that’s just about the only silver lining that exists.