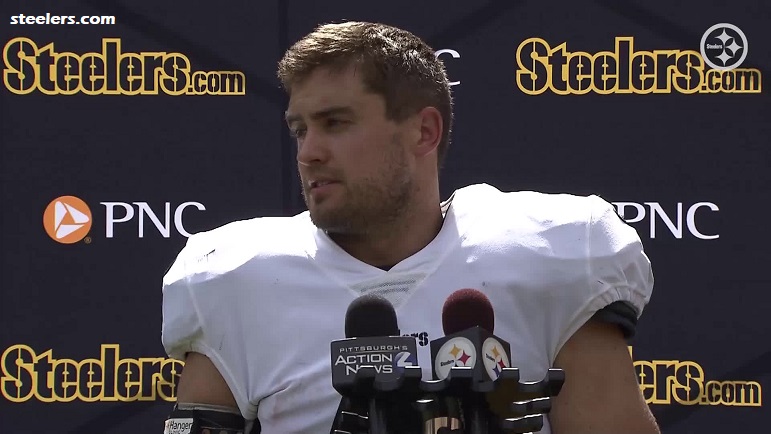 Explanation: A fullback, in theory, should improve the run game, as they generally serve as a lead blocker out of the backfield for a running back. The position as a whole has fallen out of favor leaguewide over the course of the past two decades, but the Steelers have preferred to have one on the roster, even if they don’t make much use of them offensively.

Well, it can’t get much worse, can it? They’re paying Watt over $3 million per season. He’s healthy now, unlike last year, and he’s got the background of being able to lead block in Los Angeles.

The Steelers’ running game hasn’t really gotten anywhere for the past two weeks, trying to move the ball on the ground with a bunch of wide receivers on the field and an inexperienced offensive line. So why not try an experienced fullback?

On a more serious note, the Steelers have so often been just one block away from hitting a decent run. With Watt as a lead blocker out in front, they can help pick up that one block that they’ve been missing, being an extra body between the defender and the ball carrier.

The opening line to the buy suggestion was a joke, but in actuality, it can get worse, and it has gotten worse for the Steelers at times in recent years when they have had a fullback on the field, their yards per carry actually dropping when the fullback is used versus when it is not. And Watt did not do a very good job being a lead blocker last year, even if from a rather limited sample size.

Putting a fullback on the field tells the defense what you’re going to do. Nobody is going to concern themselves too much with Watt potentially on a wheel route, which frankly the Steelers haven’t been able to execute like they should, when they ever bother to run one. At best, Watt’s use would result in a net zero difference in the run game.