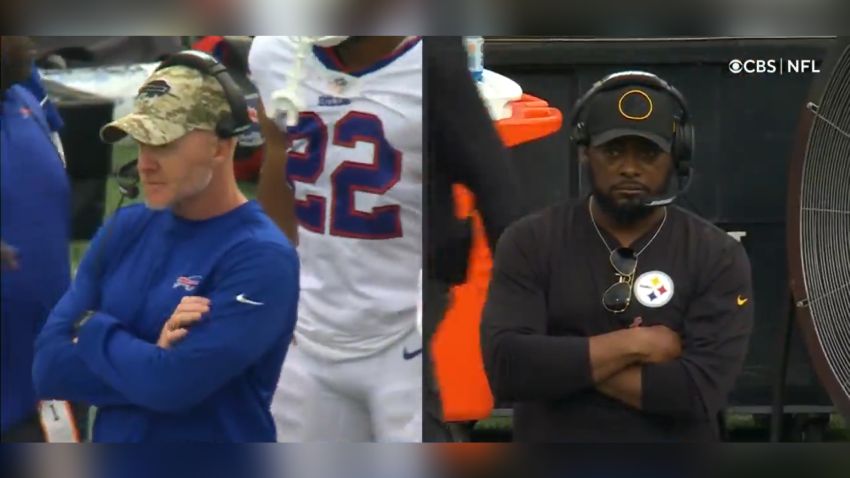 The Pittsburgh Steelers and the Buffalo Bills have been playing each other annually long enough at this point for you to likely be aware of the shared background of their two head coaches. Both Mike Tomlin and Sean McDermott played on the same team at William & Mary way back when. Now they’re presiding over a pair of division-winners.

McDermott’s team has come out on top the last couple of years, but not this time. The Steelers outscored Buffalo 23-6 in the second half of yesterday’s game to secure victory after trailing 10-0 going into the first half. In Buffalo. You can’t let that happen if you’re the Bills’ head coach.

“You’ve got to stay humble and hungry in your approach every week. It’s a week-to-week league, and give credit where credit’s due”. McDermott said of the loss after the game. “Mike Tomlin and his team came in here and outcoached us and outplayed us, and I give them credit. But we’ve got to learn from this as coaches, as players, and get ourselves ready to go”.

The game opened with the Bills getting a 75-yard runback on the opening kickoff, which led to a field goal for the home team. Most of the rest of the first half was dominated by defense, before Buffalo was able to get into the end zone at the end of the second quarter on a 13-play, 96-yard drive.

But from then on, it was Pittsburgh, more or less. They possessed the ball five times, offensively, and scored four times, the final possession being two victory-formation snaps. They also got a special teams touchdown on a blocked punt courtesy of Miles Killebrew and Ulysees Gilbert III.

More than that, the coaches did use matchups and personnel to their advantage. They varied looks and assignments. They bracketed receivers throughout the game, which gave Josh Allen problems when the pass rush even allowed him time to sit in the pocket.

There is still something lacking in execution, and a lot of that just has to do with these young players getting themselves up to speed—there are four rookie starters on offense alone, and several new faces on defense as well.

But schematically, this was about as good as the Steelers have looked in a while. Not everything worked—not everything is going to work—but they’re demonstrating a wider range of possibilities than is their norm.

A lot of that has probably been berthed out of necessity, and may not be permanent. But good coaching is like playing chess; it’s just a matter of putting the pieces in the right places in order for them to win. Tomlin and his staff did that yesterday.