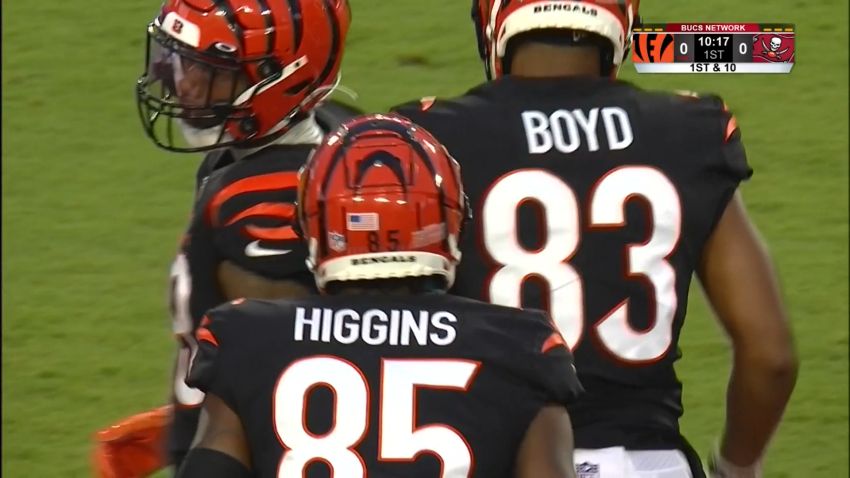 In Week 2, a key emphasis of the Pittsburgh Steelers’ gameplan on defense was containing the Las Vegas Raiders’ best weapon: Tight end Darren Waller. And to a large extent, that worked. One of the league’s best few at the position, Waller finished with only five catches and 65 yards, many of which came later in the game.

The Steelers face the exact opposite kind of task in Week 3. The Cincinnati Bengals do not have one dominant star player among the league’s best at his position. Instead, Cincinnati has several weapons that can damage a defense, which means Pittsburgh has a challenge: Stopping several strong options on defense, instead of getting to key in on one specifically, and adapting the gameplan accordingly in one week’s time.

At wide receiver for the Bengals, there is 2020 second-rounder Tee Higgins, a 6’4″ threat tabbed by many as a true breakout player in his second season. There is Tyler Boyd, a Pittsburgh-area native and former Pitt Panther who is one of the most consistent slot players in the NFL, with three straight years of over 100 targets and 70 catches.

And there is Ja’Marr Chase, one of college football’s best receivers and the fifth overall pick of the 2021 NFL Draft. Throwing to all of them is Joe Burrow, a rising second-year quarterback who has built-in chemistry with Chase from their shared time at LSU. And there is Joe Mixon, second in the NFL in rushing this season. The Cincinnati offensive line is one of the league’s worst, but a couple seconds is all the team needs to hit a big play with those skill players present.

Pittsburgh has settled in to a main group in the team’s secondary. Minkah Fitzpatrick and Terrell Edmunds are the safety tandem, Joe Haden and Cameron Sutton handle the main cornerback responsibilities, Tre Norwood fits in wherever he is needed snap to snap, and James Pierre handles the remaining cornerback snaps available.

But Haden missed last week’s game with an injury, and just returned to full participation in practice today. While that restores the team’s secondary to full health, the remainder of the defense isn’t as fortunate. Edge rushers T.J. Watt and Alex Highsmith are either limited or not practicing yet, and the team is playing its first game without Tyson Alualu starting along the line. When they face the Bengals in Week 3, it will be with a modified group than what has been working for them in Weeks 1-2.

The Bengals come in having won their last game against Pittsburgh, though did so without Burrow (injury) and Chase (college) entirely, and Boyd (injury) limited to only 20 snaps. Prior to that win, the Steelers had won 11 straight over the Bengals.