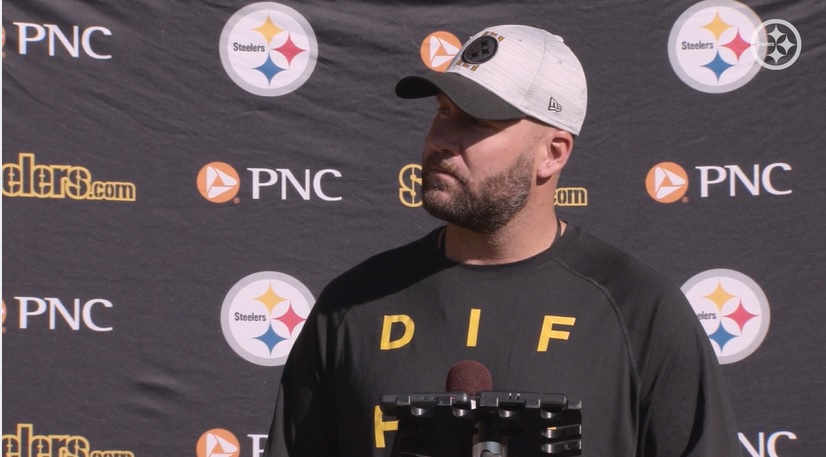 Through the first three weeks of the season, the Pittsburgh Steelers have played with a lead for barely more than 17 minutes, the majority of that coming in the fourth quarter of Week 1’s win over the Buffalo Bills. They’ve held a first-half lead for just over six minutes of the season, all coming in Week 2 against the Raiders. Ben Roethlisberger knows if this offense is going to get back on track and in rhythm, it means getting off to a quicker start.

Talking with reporters Wednesday, Roethlisberger says those faster starts begin with him.

“That’s the million dollar question, right? Starting fast,” Roethlisberger said via Steelers.com. “I’ll just speak to me. I need to be start faster. Traditionally I’ve never really been a fast kind of start guy. My college coach would say the same thing. He’s like, ‘we gotta get you going faster and practices and games’. For whatever reason I need to. So I’ll say I need to start faster.”

Pittsburgh’s scored just 14 first-half points over the first three weeks of the season, their fewest over that span since 1997. They’ve been the NFL’s worst on opening possessions three years running. Since 2019, they have just five scoring drives on their first of the game, only Washington has fewer, and they’ve found the end zone just once over that span, last season against Tennessee. Here’s how that list looks.

2019 does include the season Roethlisberger missed but still, even bad offenses have put the ball in the end zone more often. The New York Jets have done it nine times.

Roethlisberger said the issue is on him and the players. Not the gameplan.

“I know the coaches are doing a great job of scripted things. Whether it’s screens or getting the ball out and plays that you really like. As an offense we need you start faster, but it kinda starts with me. And so I need to get better with that because that’s kinda the key to a successful day. Starting fast.”

But when things are this bad – and they are – it falls on the players and coaches. As the numbers show, the Packers are the NFL’s best at starting fast. The Steelers are the worst. If Pittsburgh wants to upset Green Bay this weekend, they’re going to have to turn that tide. And fast. Figuratively and literally.