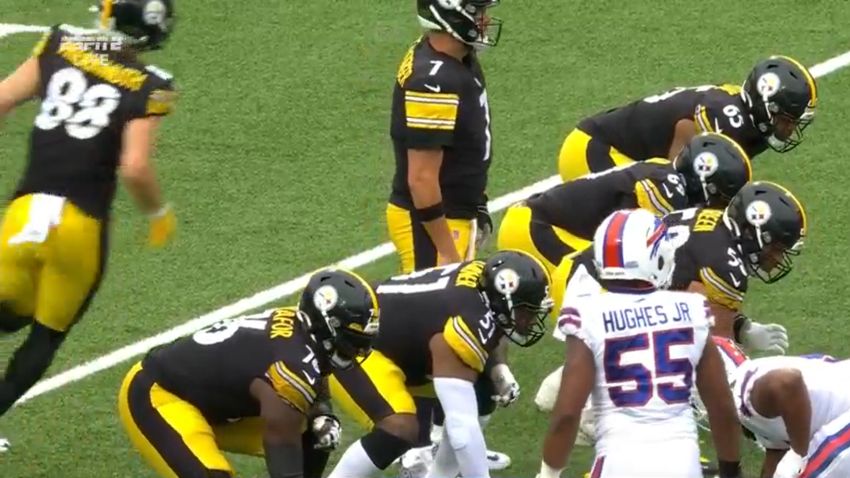 The Pittsburgh Steelers’ offense had a new look yesterday. Yes, Ben Roethlisberger was still back there at quarterback for his 48th season; and yes, the wide receivers are still the same. Still, nearly everything else, even going back to just last season, is different.

The offensive line, in particular, is quite new, with three of the five starters having not even been on the team in 2020. That includes a pair of rookies, third-round center Kendrick Green and fourth-round tackle Dan Moore Jr., as well as veteran former Pro Bowl guard Trai Turner, who takes over for David DeCastro.

Kevin Dotson is now installed as a full-time starter after playing four games as a rookie in 2020. The only thing that is the same from last season is Chukwuma Okorafor, who started 16 games at right tackle, but only after Zach Banner was injured in the opener.

Not only have they had a major overhaul of personnel, they’ve also gotten a new position coach, who is bringing a different mindset to the position. All of it comes with growing pains, but Roethlisberger has seen that subside even over the course of the opener.

“I think we all kind of settled down a little bit at halftime”, he said, speaking of the line, but also of the offense as a whole. “It’s more than just them. All of us need to settle down, myself included. I haven’t been hit in six or seven months, whatever it’s been. We all had to settle down a little bit. I’m glad they did and I’m proud of them”.

The Steelers scored zero points in the first half, and 23 in the second (including 16 on offense), so perhaps there is something to this settling down business after all, but it’s not that simple, to state the obvious.

It’s natural when you have several young starters, most of them rookies, to see that they need time to develop. It’s also natural for there to be an adjustment period to a new offensive line scheme. The Steelers are being hit with a combo of both, and will have to scheme around it. But Roethlisberger has their back regardless.

“I thought they played well. First game against a really good defense”, he told reporters about the men blocking for him, who allowed him to get sacked twice. “It was loud. It was really loud. I don’t know numbers. It doesn’t matter because we won. I’m proud of them”.

They’ll have to do more before they become the pride of the Steelers faithful, but it certainly could have been a worse start. There is clearly some talent there to work with, and Dotson at least really looks like he’s coming into his own.