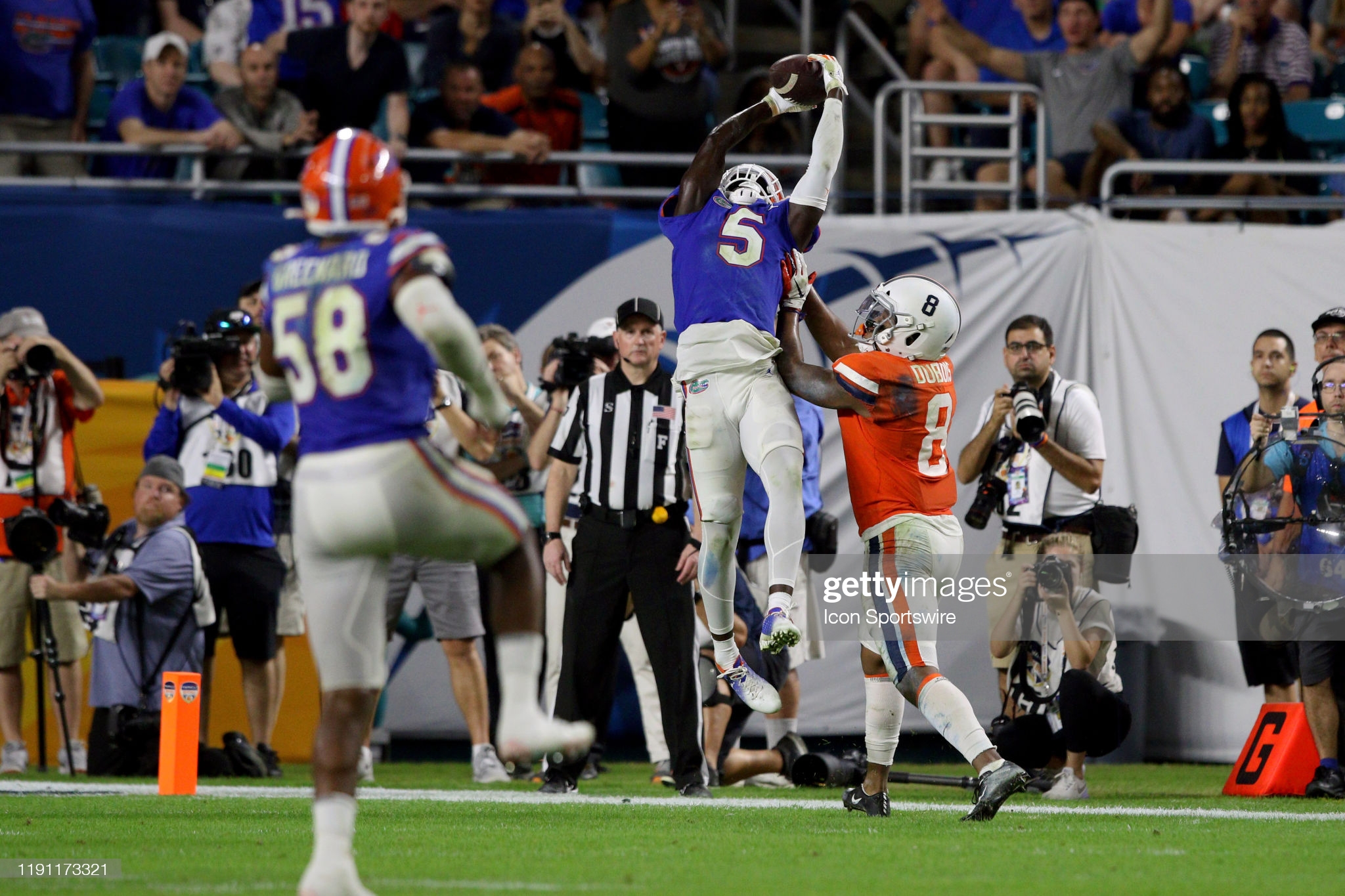 With the regular season officially getting underway for all 32 teams this afternoon, evening, and night, 2022 mock drafts have picked up in number compared to the down period during training camp and the preseason. Among the outlets releasing new mock drafts was CBS, who had a pair of writers offer thoughts this week on the upcoming class.

The popular picks for the Pittsburgh Steelers in most mocks have been quarterback, tackle, and even edge rusher, but another position has made appearances sporadically for the Steelers’ upcoming pick. And it was at that position, cornerback, where both CBS writers went. First for the outlet was Ryan Wilson, who at 13th overall had Pittsburgh taking one of the consensus top corners in the class: Kaiir Elam out of Florida. Wilson wrote:

“Elam has the size (6-foot-2, 190 pounds) and athleticism to be one of the best draft-eligible corners in ’21. It looks like this might be Joe Haden’s last season in Pittsburgh and the Steelers desperately need to restock the CB position.”

Joe Haden is looking likely to become a free agent after this season, leaving the team vacant a true No. 1 corner barring another step forward from Cameron Sutton this season, who is starting opposite Haden. The team’s depth at the position was already weak entering this year, as the team did little to address the spots left open by the release of Steven Nelson and the free agency departure of Mike Hilton. Pittsburgh’s lone move was a trade this week for Seattle corner Ahkello Witherspoon, who will start low on the depth chart but projects to eventually rise up as high as No. 3.

Elam is a ballhawk who in two games this season has already recorded his sixth career interception for the Gators. His strengths in both man and zone coverage make him an ideal fit for the Steelers, who are likely to need a corner who can instantly plug in and play as a rookie when the 2022 Draft rolls around.

Another cornerback who has recorded his first interception of the season over his team’s first two games is Cincinnati’s Ahmad “Sauce” Gardner, and he is the team’s selection at 13th overall in a CBS mock draft released this week by Chris Trapasso. Trapasso writes to explain the pick:

“Gardner is the most physical cornerback in college, which will make him a welcomed addition to the Steelers secondary.”

A dose of physicality is always welcomed at the position, particularly by people such as myself who are big fans of cornerbacks who can muscle up on their assignments. Gardner provides that and is a dependable corner who is ready to take the field as a rookie, moreso than other projects brought in by the team in prior years. He doesn’t quite have Elam’s ceiling, but so far looks like a potential first-round corner in a deep class at the position.