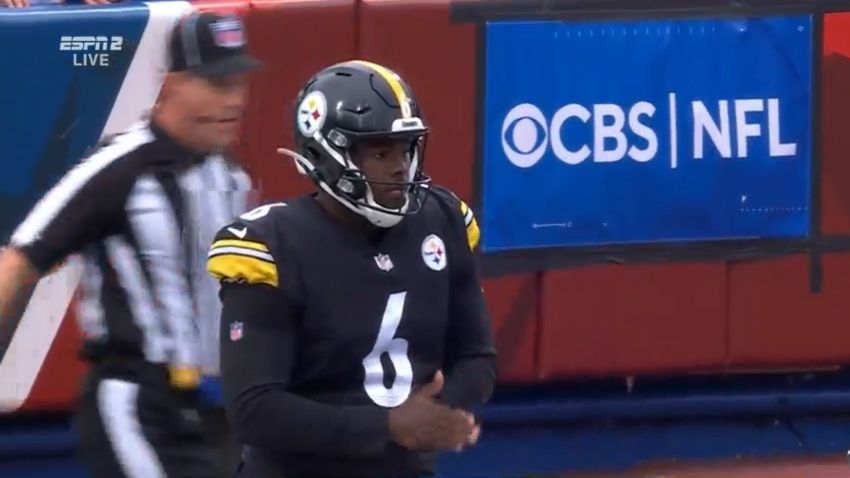 Reasoning: The rookie punter was arguably the Steelers’ best player on the field yesterday, improving upon his debut performance on the road last week against the Buffalo Bills.

There is going to be plenty of negativity to subject your eyeballs to over the course of the next week as it pertains to your favorite football team (some of it I will be contributing myself), so today I figured that we might as well focus on one of the rare bright spots the Steelers had in yesterday’s disappointing loss to the Las Vegas Raiders.

Rookie punter Pressley Harvin III played a strong game after having an uneven performance the week prior, and fortunately only had to punt four times, albeit in a losing effort. Amid 11 drives, the Steelers scored three times, turned the ball over once, and ended both halves with possession. The other four drives account for Harvin’s participation.

When all was said and done, he averaged 49.3 yards per punt, including a long of 59 yards, on which he had the opportunity to show off his leg. Three of his four punts pinned the Raiders back inside of their own 20-yard line.

Two of Harvin’s punts were returned for a total of 26 yards, still producing a pretty healthy net average of 42.8 yards per punt. His first punt was perhaps his worst, a 38-yard boot that was fair caught (the only of his four punts to be fair caught) at the 16-yard line by Hunter Renfrow, who regretted his decision not to return it, and subsequently turned two more with positive results.

On 4th-and-9 from the Steelers’ own 33, Harvin was successful in flipping the field with a 59-yard boot. Renfrow had room to return it for 10 yards, but it still resulted in a 49-yard net, with Las Vegas pinned at its 18. His third punt took a good bounce to be downed after 42 yards at the three-yard line—you can’t ask for much better than that.

He showed leg on his final boot as well, in very similar circumstances from the second. A 58-yard punt from the 34-yard line. That one reached the eight, but this is the one Renfrow was able to bring back 16 yards, out to the 24 the only time the Raiders didn’t start their subsequent possession inside their own 20 following a Steelers punt on the day. Yet still a 42-yard net.