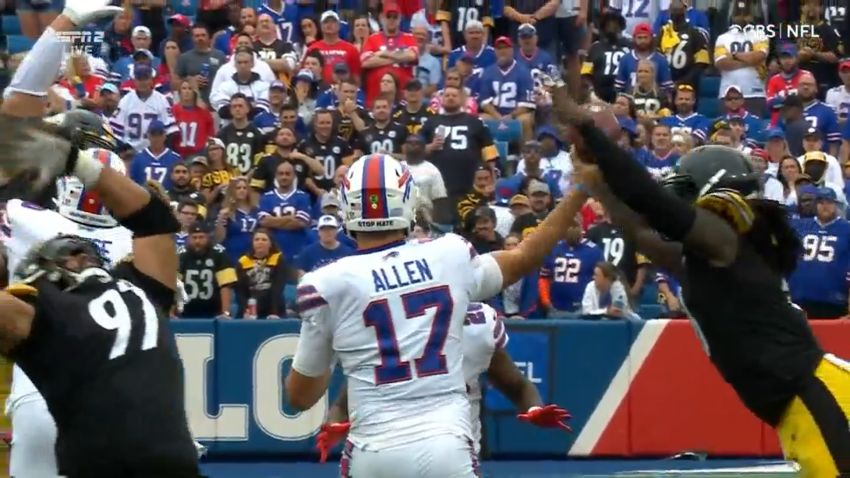 Reasoning: The veteran pass rusher impressed in his Steelers debut, rotating along the edge with T.J. Watt and Alex Highsmith.

If this is the kind of performance the Steelers can expect out of Melvin Ingram coming off the bench and subbing in for T.J. Watt and Alex Highsmith, then he is very quickly going to earn his $4 million he’s getting paid this year, because he is greatly boosting the value of their pass rush.

While Watt and Highsmith didn’t look like they needed much help out there, they got it anyway, with the former three-time Pro Bowler coming in to spell both of them, and creating some havoc when he did. Even if the stat sheet may not look like it.

Officially, Ingram finished the game with one tackle for loss and one pass defensed, but he was clearly a bigger factor than that. He generated consistent pressure on his relatively few snaps, which had the added bonus of drawing the officials’ attention for some yellow laundry.

It doesn’t look like either Watt or Highsmith are going to be much in need of a break, either in terms of performance or endurance. Both are highly-conditioned athletes and high performers at their position, or at least have shown themselves to be so far.

But the Steelers are going to have to find a way get Ingram on the field, and it wouldn’t surprise me if they eventually integrate a package with all three of them on the field. After all, they toyed with so many different personnel combinations on Sunday as it is, so what’s one more?

I can’t tell you off the top of my head when is the last time the Steelers have had an edge-rushing trio with the sort of potential these three have. They’re paying a premium now for Watt, but they got a former premiere player in Ingram on a budget, and control Highsmith on a rookie deal for at least the next two years.