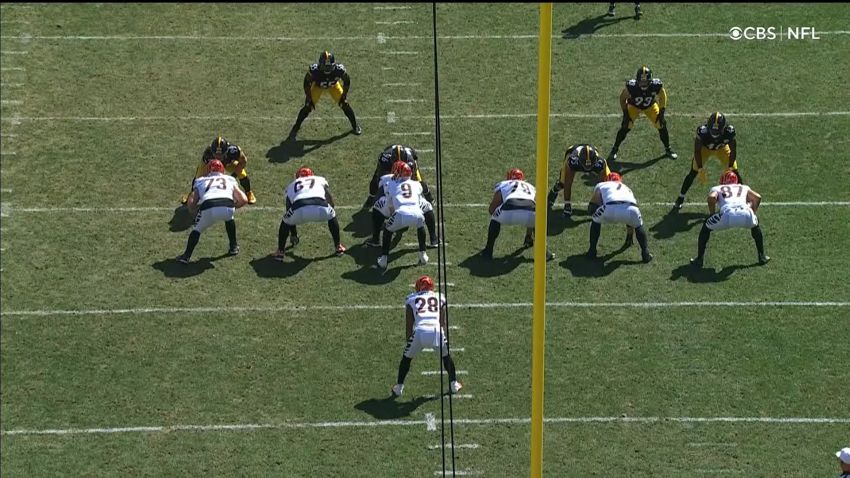 Reasoning: The third-year inside linebacker did not look comfortable after missing a game due to a groin injury, putting together a low-impact performance that showed a player who is thinking instead of reacting.

While not perfect, Devin Bush put in a good game during the regular-season opener, including 10 tackles. There were some inconsistencies, but he played the sort of instinctual, sideline-to-sideline football that the Steelers traded up to get two years ago.

That wasn’t the same player who was on the field this past Sunday against the Cincinnati Bengals, returning after missing one game to a groin injury that he suffered late in the prior week of practice. I would guess that he’s still working his way back to 100 percent.

We are coming close to a year now since Bush tore his ACL last season. The fact that he was able to be a full go from the first snap of the regular season in and of itself is commendable, but he looks like he still has some playing to go before he starts to really feel comfortable and back where he was before.

The latest, minor groin injury didn’t help matters, but the reality is that Sunday’s game also displayed some of the issues he has been carrying all along. He still has a lot to learn about taking on blockers, especially given that he or Joe Schobert could function as the ‘buck’ at any given play.

With that said, I will not say that I’m concerned about Bush and where he’s heading, as long as he can get and stay healthy. What I’m seeing is just a guy who needs to play more. He did make some impactful plays, including plays on which he didn’t register a statistic but for which he was responsible for causing.

We’ll see how he looks next week, because it will be a big challenge against Aaron Rodgers and the Green Bay Packers.