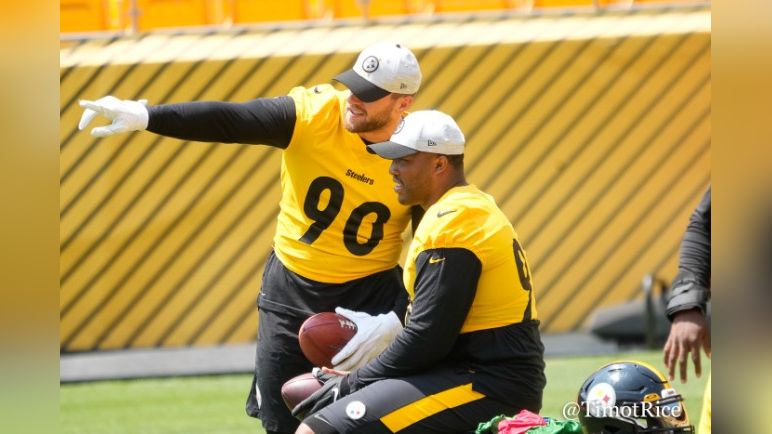 Question: How much time will Stephon Tuitt miss?

The Steelers place three players on the Reserve/Injured List at the start of the regular season. All three were eligible to begin practicing this week. Only one of them, tackle Zach Banner, is expected to be. We have no update on the most significant name, defensive lineman Stephon Tuitt.

There hasn’t been much clarity on Tuitt’s situation for some time. When training camp first started we were told, or rather it was strongly suggested, that he was being given time off to tend to his own needs and the needs of his family after suffering the tragic and sudden loss of his younger brother.

Some time after that, in the final weeks of training camp, we began to hear reports of a knee injury, and eventually even a cleanup procedure was referenced. Little of this actually came from the team directly, and head coach Mike Tomlin hasn’t been overly willing to engage in conversation on this topic, so we are left in the dark as to where he is situated.

Given that the Steelers have not yet exercised the opportunity for him to start practicing, it suggests that they don’t expect him to be available this week (duh), and perhaps for the next three weeks, referencing the three-week window for activating a player from IR once he starts practicing. But he could start practicing next week and play in the next game, too, so, really, we don’t know much other than he’s almost surely not going to practice this week. How long he’s out is anyone’s guess.