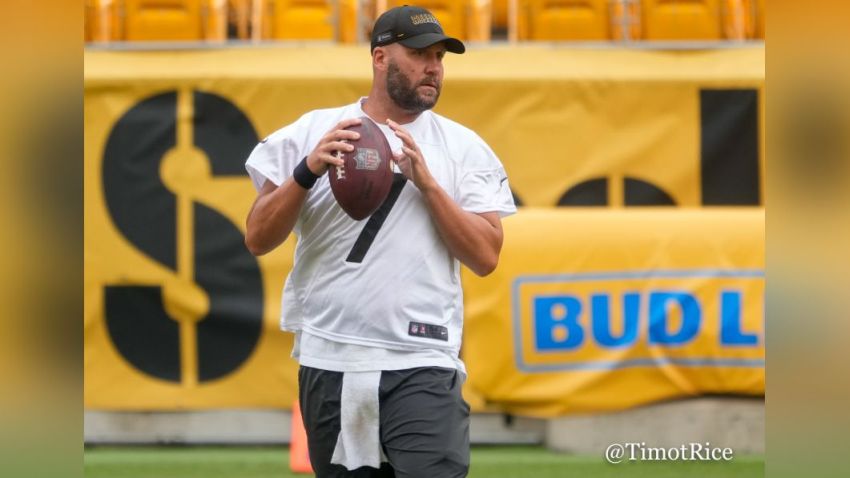 If you guys have been around the site for a little while now, you know one of my favorite postgame articles to write is the weekly “stats of the weird.” The quirky, sometimes meaningless, and always weird stats from a game or over the course of a season.

With Week 1 just days away (and technically beginning tonight), it’s as good a time as any to preview some of the big-picture stats of the weird for the Pittsburgh Steelers’ 2021 season.

– Perhaps more notably, Roethlisberger is just four TD passes shy from 400 in his career. Only seven QBs have that done. The above list minus Eli, plus Aaron Rodgers.

If Roethlisberger throws 28 touchdowns this season, he’ll have 424, which is exactly double what Terry Bradshaw threw in his career.

– Roethlisberger and Brady are in a tight contest for the “most sacked ever” leaderboard. Brett Favre holds that spot for a little while longer, taken down 525 times in his career. Brady sits at 521. Roethlisberger 516. The next time Roethlisberger is sacked will break his tie with idol John Elway. Those four are the only QBs to be taken down 500+ times in a career. The next-closest among active players is Aaron Rodgers’ 468.

– One other Roethlisberger fun fact. He’s never thrown consecutive 30+ touchdown seasons. Tossed 33 last year. Let’s see if he can join the 30-club before he turns 40.

– As we’ve talked about, Najee Harris has as good a shot as any to break Franco Harris’ rookie rushing record of 1,055 yards. Of course, Franco only carried the ball 188 times that year. Safe bet Najee does so a lot more.

If you’re wondering, the record for most attempts by a rookie in NFL history is Eric Dickerson’s 390 set in 1983. Let’s hope Harris doesn’t come close to that number. Or else the team might run his wheels off in one year. Only 18 backs in history have carried the ball 300+ times their first season. And only three since 2010: Doug Martin, Alfred Morris, and Zeke Elliott.

– T.J. Watt has 49.5 sacks through his first four years. He’ll need just ten sacks this season to crack the top ten for most within five years dating back to 1960. He needs 16.5 to tie for the fifth-most.

Since sacks became official in 1982, ten more sacks will make Watt tied for the seventh most in NFL history.

The current leader of sacks within five years is Reggie White with a whopping 81 of them from 1985 to 1989.

– Chris Boswell’s next made field goal will give him 147, breaking a tie for sole possession of third place on the Steelers’ all-time list. He’s currently tied with Roy Gerela. Then, he’ll only trail Jeff Reed (204) and Gary Anderson (309).

– Here’s one I’m (not so) silently rooting for. Ray-Ray McCloud has a chance to be the first Steeler to lead the team in kick returns for back-to-back years since Rod Woodson in 1992-1993. Fingers crossed.

– Finally, Mike Tomlin needs just five wins this season to surpass Bill Cowher for second most in Steelers’ history. Tomlin currently sits at 145. His 150th win will potentially make him just the 20th coach to do so in NFL history. I say “potentially” because Pete Carroll also has 145 wins while Sean Payton has 143. We’ll see who reaches 150 first.