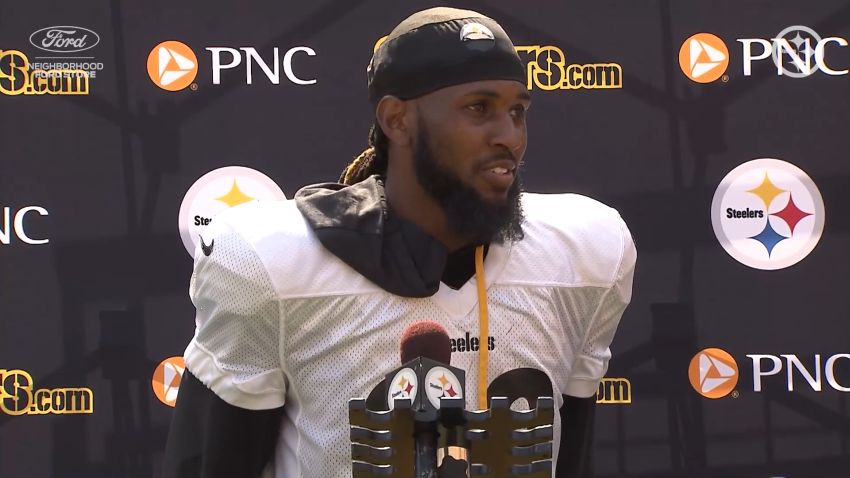 There is, hypothetically, an opening for a job at wide receiver on the 53-man roster. The Pittsburgh Steelers only carried five last year, and they’re all back this year, but who knows if James Washington really wants to be traded, or how secure Ray-Ray McCloud’s job is. And there’s always the distinct possibility that they could carry a sixth.

While they didn’t draft another wide receiver or sign a veteran in free agency, they do have a number of young wideouts in camp who have at least flashed a time or two, such as Rico Bussey, Mathew Sexton, Tyler Simmons, Cody White, and perhaps especially Anthony Johnson, who first spent time with the Buccaneers and Chargers as an undrafted free agent out of Buffalo in 2019.

Johnson, who originally signed a futures deal with the Steelers after the 2019 season ended, spent most of last season on the practice squad after recovering from an injury that resulted in him being waived. The fact that they brought him back after being injured just shows how much they were interested in him.

And he’s spent the offseason pretty much operating as that sixth man. On Monday, with Washington icing an injury and JuJu Smith-Schuster having a light day, he got the opportunity to spend time running with the first-team offense in practice, and got him a chance to get in front of the microphone with reporters afterward.

But that wasn’t his priority. He knows how to make the team. “Well for me, it starts on special teams”, he said. “They already got their starters on offense right now. I just work hard on special teams and hopefully get the starting job on one of those”.

Johnson logged 13 snaps on special teams during the Steelers’ preseason opener, the most of any player other than Tre Norwood, Buddy Johnson, and Jamir Jones. He played across all four return and coverage units, including four on kick coverage and four on punt coverage. Pro Football Focus graded him very well in that area with a 90.7 grade, crediting him with one assisted tackle.

Could he do more? He’d be open to it, sure. There’s no reason he can’t be on the field goal-blocking unit, for example. As for having the ball in his hands? “No, I’m not returning”, he said. “I would love to, but I go wherever they put me”.

That’s good advice. But he did play 27 snaps on offense during the game as well, catching three passes for 22 yards. Unfortunately, he did fumble at the end of one of those receptions, which was fortunately recovered by the offense. All the more reason to make a good impression on special teams.