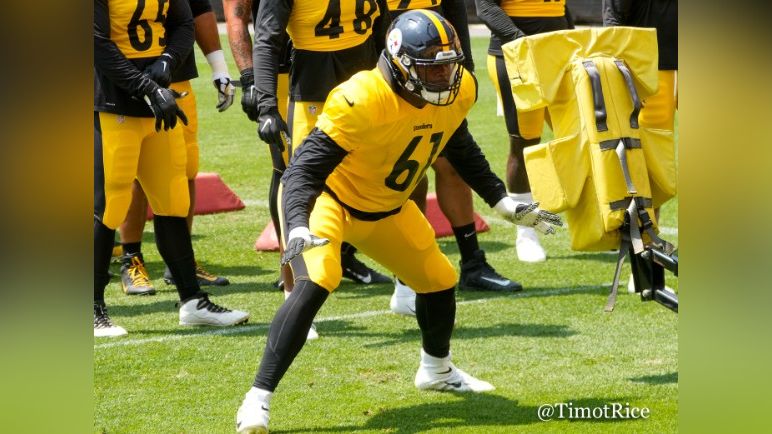 During the owners meeting this offseason, the league approved of three separate cutdown days during the preseason. The first cutdown would occur on August 17, trimming the roster down from 90 to 85 players. The second cutdown day would be a week later on August 24, cutting another five players off of the roster to drop the total number of players on the team to 80. The final cutdown day would then occur August 31, dropping the rest of the roster from 8- players to the 53-man regular season roster.

Knowing this, The Pittsburgh Steelers will be looking to axe five players off of the roster a few days after their second preseason game against the Philadelphia Eagles this Thursday. Five players in the grand scheme of things isn’t that big of a deal when it comes to the final version of the 53-man roster, seeing as these guys likely didn’t have much of a chance to make the regular season roster, let along even a practice squad. However, I wanted to bring up some names that may be getting a call to GM Kevin Colbert’s office for the bad news here come next Tuesday, as well as open the discussion topic to the rest of Steelers Nation to see what players you expect to be released.

There are several candidates that stand out immediately. Recently signed RB Pete Guerriero could already have one foot out of the door with Benny Snell Jr. and Kalen Ballage expected to come back soon from their respective injuries and round out the rest of the depth chart, leaving the Monmouth product with little chance to stay on the team unless he breaks off several huge runs against Philadelphia.

OG Malcolm Pridgeon is another player that could get his walking papers shortly after arriving to town with several offensive linemen like Kevin Dotson, Zach Banner, and Chuks Okorafor returning to practice to round out the two-deep on the depth chart, leaving Pridgeon on the outside looking in for a roster spot.

Another name mentioned by training camp savant Alex Kozora is OT Brandon Walton from Florida Atlantic who has had a tough time adjusting to the physicality and speed of the NFL game. From Kozora’s training camp report on the Terrible Podcast the other day, Walton appears to be simply overwhelmed as a smaller body at offensive tackle, not having the size, strength, and power to hold his own at this level of competition.

Kozora also highlighted UFDA OLB Jamar Watson out of Kentucky as another name that has failed to impress thus far into training camp. With the likes of Cassius Marsh, Quincy Roche, and Jamir Jones all playing well in the team’s first preseason action against the Cowboys in the Hall of Fame Game, the team may opt to cut ties with Watson to clear the way for more snaps for the names listed above to see who wins the backup EDGE spot behind T.J. Watt, Alex Highsmith, and Melvin Ingram.

LB Calvin Bundage already knows what it feels like to be given his walking papers unfortunately, having been released back in July to make room on the roster for the signing of EDGE Melvin Ingram. However, once Vince Williams announced his retirement, Bundage was brought back to the 90-man roster. Still, given the fact that he was the first man out of the door is never a good sign, likely meaning he could be close to being shown the door again.

DE T.J. Carter is another little-known name that could be shown the door relatively soon for that exact reason. From Kozora’s training camp reports, there hasn’t been much mentioned about Carter, who also went relatively quiet in the team’s first preseason game against Dallas. Given the competition at the defensive line position with Henry Mondeaux, Isaiah Buggs, Carlos Davis, Isaiahh Loudermilk, and Abdullah Anderson, releasing Carter would give more practice and game snaps to guys with a legitimate shot of making the roster or practice squad, giving Pittsburgh a better chance to make a fair evaluation.

There are just a few of the names I believe you can make a case for getting released by the Steelers in the next few days as the roster sizes condense. What are your thoughts? Do you agree with some of the names listed above and the reasoning behind it? Who are some other names you would throw out there that you personally expect to get their walking papers by the first cutdown day? Please leave your thoughts in the comments section below and thanks again for reading!