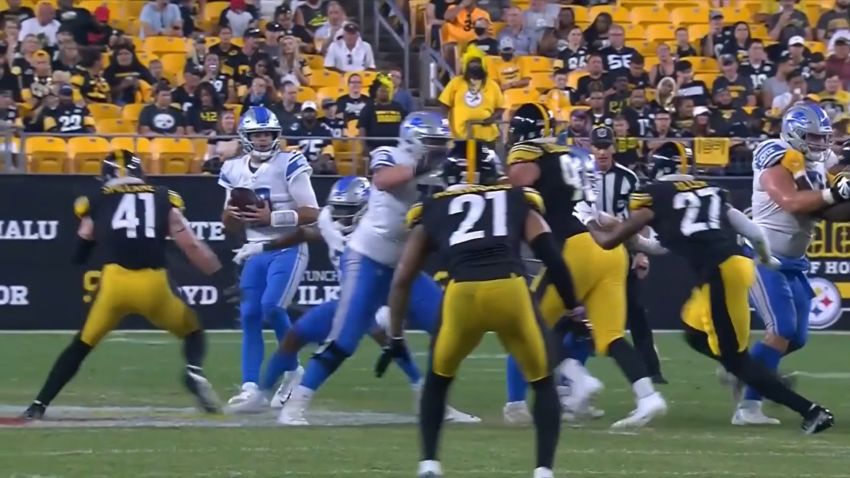 The Pittsburgh Steelers’ 2020 rookie class had an overall impressive campaign a year ago. The very fact that every player ended up staying with the team, and eventually on the 53-man roster, was impressive enough, but one player emerged as a starter, while two others showed starting promise, and all three will be in the lineup this year.

The team would sure like to get another year like that, and despite drafting three more players than last year, there is an (I think outside) chance that all nine of them make the 53-man roster again this year. That includes seventh-round defensive back Tre Norwood, who has been garnering positive attention since OTAs.

As it stands, he appears to be locked in as one of the Steelers’ top backup safeties, along with Miles Killebrew. While that might speak to a lack of depth for many, the reality is that’s who is there, and he is near the top behind Minkah Fitzpatrick and Terrell Edmunds.

Though he is on the depth chart at safety, he has also worked in the slot this past week, which was always the plan when they drafted him. It’s not clear that he has one best position at which he excels above all others, but his flexibility and his ball skills were what attracted them to him in the first place.

And so it didn’t help that he dropped an interception opportunity in the preseason finale on Friday night, though that doesn’t diminish his overall evaluation. Still, he wants that one back.

“Yes, definitely”, he said after the game about whether or not he should have secured the interception he had a chance of coming down with on Friday night. “That’s one that I definitely should’ve had. I’ve got to make it up for sure”.

Norwood recorded five interceptions during his final collegiate season, and he did show some ball skills for the team during practice over the course of the offseason, both during OTAs and in training camp, but at some point it has to translate onto the field.

While I expect him to make the 53-man roster, it is unclear what his role will be, exactly, and whether or not he will be active for games to start the year, though if he has been identified as the top backup free safety, he’ll have to be.

One gets the sense that the Steelers will be motivated to add a safety from the outside, most likely via trade, before we get into the regular season, which could complicate Norwood’s roster spot a bit, but the injury to Antoine Brooks Jr. and his subsequent waiver should be enough to allow him to stick regardless of a possible addition.