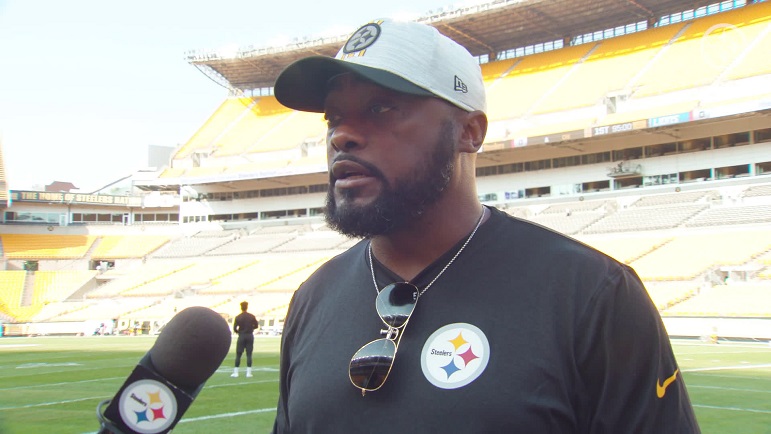 The Pittsburgh Steelers will play the Detroit Lions Saturday night at Heinz Field, and that preseason contest will feature the 2021 debut of several starters, according to head coach Mike Tomlin during a pregame interview with Missi Matthews.

In addition to quarterback Ben Roethlisberger making his 2021 debut Saturday night against the Lions, Tomlin indicated that tackle Zach Banner, defensive tackle Cameron Heyward and safety Minkah Fitzpatrick will all see some action in the teams third preseason contest as well.

“Well, obviously starting with Ben, we’re excited about getting him an opportunity to play, but also right tackle Zach Banner,” Tomlin said. “Guys on defense, like Cam Heyward, Minkah Fitzpatrick. So, it’s gonna be exciting to see those guys playing and playing together in-stadium.”

As for Steelers wide receiver Chase Claypool, who suffered an ankle injury this past week in practice, Tomlin told Matthews that the Notre Dame product is unlikely to play against the Lions.

“You know, there’s a couple of guys that are still dealing with injury and working their way back to us,” Tomlin said. “Guys like Stephon Tuitt, Chase Claypool had a minor ankle injury earlier in the week. I doubt that he’s going to be able to perform. He will warm up and see what it looks like, but I’m not anticipating him being able to do it.”

“It’s going to be Mason [Rudolph] and then Dwayne [Haskins],” Tomlin said. “I don’t know if we’re going to have an opportunity to get to see Josh [Dobbs] in this game. It really depends the number of snaps that we get. But the rotation will remain the same after Ben.”