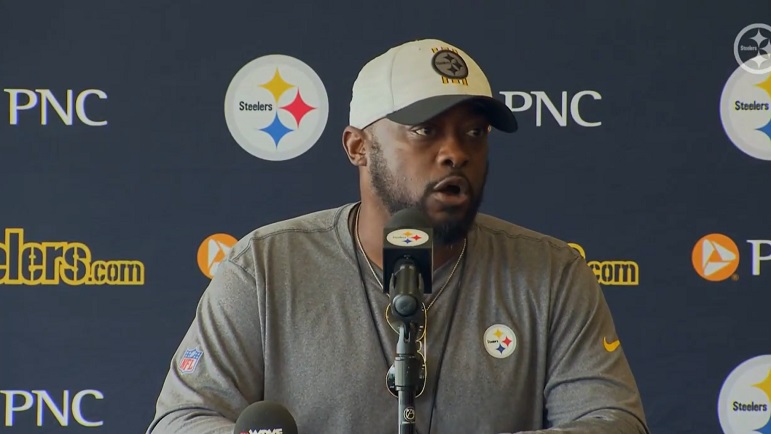 The Pittsburgh Steelers will play their second preseason game of 2021 on Thursday night against the Philadelphia Eagles, and according to head coach Mike Tomlin on Tuesday, we can probably expect to see the same quarterback rotation that the team used in the Hall of Fame game.

“In terms of participation and who’s scheduled to participate, it’s going to be very similar to last week for a lot of the guys who you would consider frontline-like guys,” Tomlin said on Tuesday. “You shouldn’t expect an increased amount of participation for those guys. We’re comfortable with what they were able to do last week and gained some in-game experience and exposure, and communication and so forth. And so, we’ll repeat that process, but not necessarily with an increased number of snaps.

“Like I mentioned, there’ll be additions to that group, who are getting some first game exposure and so it’ll be exciting to see some of those guys, not only compete as individuals, but as a collective and see our growth from that perspective. But again, not a lot of the final decisions have been made.”

Tomlin was asked if we can expect to see the same quarterback rotation that the team used in the Hall of Fame Game with Mason Rudolph starting and being followed by Dwayne Haskins and Joshua Dobbs.

“We always have a hardcore plan, and we’re always willing to adjust as we see fit in-game,” Tomlin said. “And that’s not only with that circumstance, but that’s with any circumstance. I intended for Mason to play two series last week. I wanted to give him another one because we turned the ball over in an exchange and I didn’t like the feeling of that. And so, he played three series. We always have a plan. We’re always light on our feet based on what transpires in-game and I just think that’s just good football.”