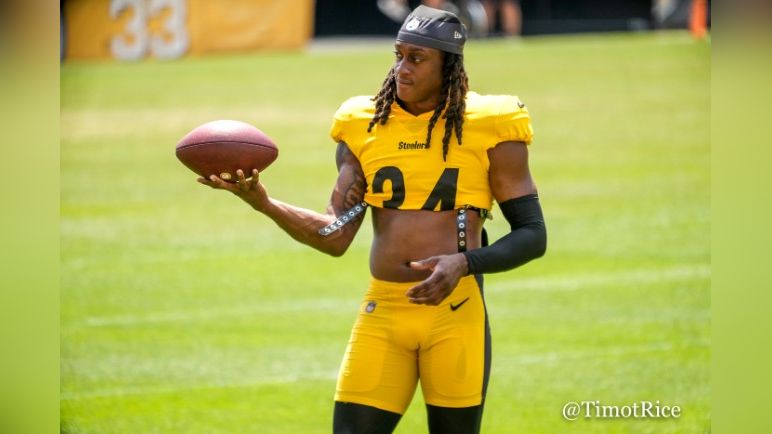 One of the Pittsburgh Steelers’ most discussed decisions of the offseason this year was their choice not to pick up the fifth-year option on first-round safety Terrell Edmunds’ contract. With that move, it now means that the fourth-year veteran will be an unrestricted free agent come March, free to sign with any other team, should nothing be worked out between the two parties before then.

A year after drafting Edmunds, the Steelers also acquired Minkah Fitzpatrick, the other safety who was drafted in the first round of the 2018 NFL Draft, via trade. With the move, they also inherited his fifth-year option, which they chose to exercise, which sets up the scenario we now have, with Edmunds playing out his rookie deal, which he says “of course” means something to him.

“We’re out here playing, this contract year. Take it up a notch”, he said about his approach to the 2021 season. “Just keep going, keep being a great player, and then just go out there and help my team win. Put it all out there on the field this year, and make them make a tough decision if they want to bring me back or not. But at the end of the day, you know I’m gonna go out there and give everything I got to this team”.

Edmunds is only the third former first-round draft pick for the Steelers whose fifth-year option they did not pick up, the first being 2013 selection Jarvis Jones, and later, 2016’s Artie Burns. But the 2018 class is also the first operating under new rules that makes a player’s fifth-year salary fully guaranteed, rather than only guaranteed for injury, once exercised. Previously, it only became fully guaranteed at the start of the new league year of the player’s fifth season.

It’s easy to speculate that that was at least a part of the discussion that the Steelers had over whether or not to pick up the option—whether or not they were willing to commit that money to the player now without the opportunity of letting the season play out.

Back in June, Edmunds did say that the Steelers communicated to him that their decision not to pick up his option was not an early goodbye, saying that head coach Mike Tomlin called him personally to discuss his future.

“He told me that that doesn’t mean that business is over, but just to stay motivated and come out here and do what I can”, he said of his conversation with Tomlin on his option. “My emotions to it were, it’s my contract year now. So everything is on a whole new level. After this year every game is like an interview. So now you got to bet on yourself, you’ve got to double down on yourself and just put it in the hard work”.

It is, of course, the only approach you can take that could lead to anywhere positive. Caving to adversity certainly does not allow you to grow from it. And if he has a strong season, he will get paid; if it’s not from the Steelers, it can be from one of the other 31 teams.