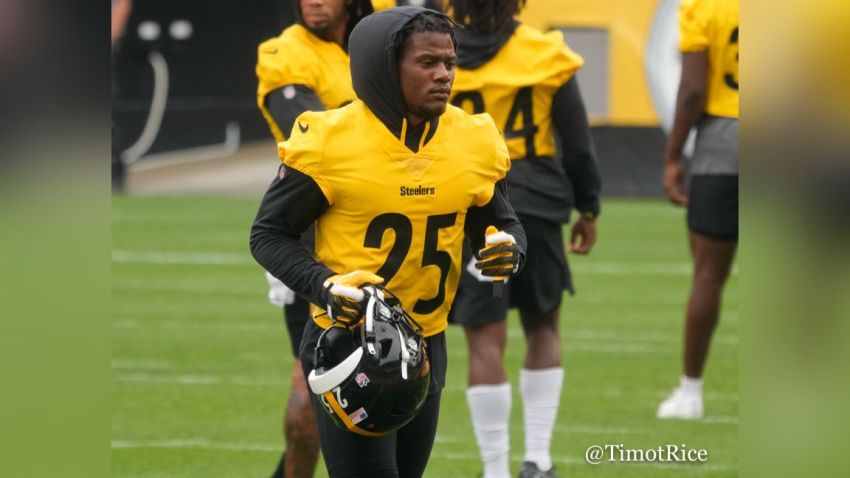 As mandated by the NFL, the Pittsburgh Steelers have trimmed their roster from 85 to 80. The most notable move announced is the team waiving/injured corner Antoine Brooks Jr. The team also released: OT Aviante Collins, WR Tyler Simmons, RB Pete Guerriero, and LB Calvin Bundage.

Brooks has battled a leg injury throughout training camp. He returned to practice on a limited basis but did not play in Saturday’s win against Detroit. He began the year battling to be the team’s starting slot corner but the injury held him back. Assuming he clears waivers, he will revert to the team’s IR list.

Collins and Simmons were signed early in the offseason. Collins had been working as a third-string left tackle and though he was a good athlete, didn’t have much of a chance to stick around. Simmons was a WR from Georgia. Built like a running back, his hands were below average and his impact throughout the preseason minimal, earning our worst training camp grade of the WRs.

Guerriero was signed mid-camp after injuries to RBs Benny Snell and Kalen Ballage. He flashed speed but not much else and there was no reason for the team to carry eight running backs heading into the preseason finale. Bundage was signed as a UDFA out of Oklahoma State. Initially released right before training camp, he was brought back following Vince Williams’ retirement. A plus athlete with some versatility, he struggled as a tackler.

The Steelers next and final cutdowns will occur on August 31st when the team has to trim their roster from 80 to 53.