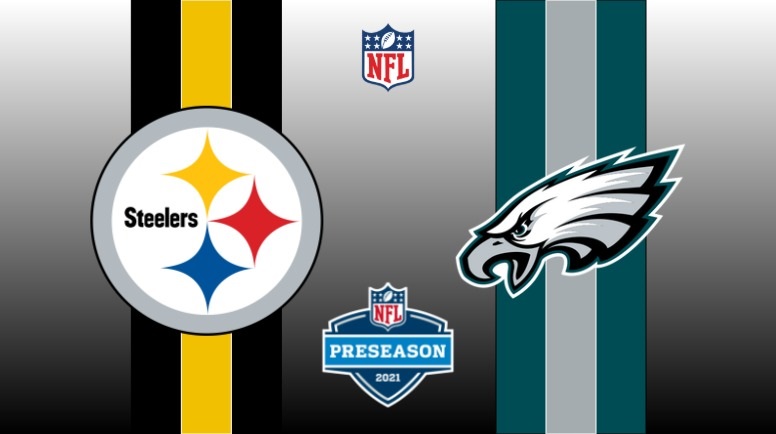 In anticipation to our second preseason game, I wanted to look at a few things before I can provide information after the game. In the preseason we get an opportunity to see more action from the younger players, so I wanted to put a table together of the 2021 draft picks for both teams heading into the game (data: Pro Football Reference):

Other than getting a reminder of how the draft went down for both teams, I also saw some takeaways for the game. The Eagles took DeVonta Smith and Landon Dickerson from Alabama with their first two picks, but they have both been dealing with injuries. Dickerson is coming off the ACL injury at Alabama, and Smith suffered a knee injury (MCL) in training camp. Too bad we won’t get to see Landon up against the Steelers defensive line, the same likely goes for DeVonta against some of the Steelers cornerbacks, and what a Crimson Tide reunion this could have been with them and Najee Harris.

Milton Williams was their third-round selection, an athletic defensive lineman that some considered a tweener, but I like the fit with the Eagles in their 4-3 defensive scheme and I am also hoping we get to see him at defensive end with his athleticism. That will be a fun matchup against the Steelers offensive lineman I will be keeping my eye on. I thought they had an interesting third day of the draft, taking players that in my opinion have particular strengths/roles and they will need to be smart about how they use them. Kenneth Gainwell a running back with receiving skills to start, then using their last four picks on defense. Marlon Tuipulotu is a defensive tackle that I hope to see against our run game/offensive line, along with development type edge players from smaller school colleges: Tarron Jackson and Patrick Johnson.

JaCoby Stevens is interesting positionally, I saw him in the draft process as a dime/hybrid defender so seeing where he lines up and if he plays will be interesting (listed as a linebacker but questionable). Another player that would be interesting to see is non-draft related, former Steelers cornerback Steven Nelson, who signed a voidable (and affordable) contract with the Eagles. The uncertainty of who will play in the preseason may make this a non-story but depending on which wide receivers the Steelers play we could get some interesting matchups/storylines.

This week my main hope for the Steelers is that Pat Freiermuth can make his debut after missing the Hall of Fame game last week. He is back practicing per Alex Kozora’s training camp reports this week, so hopefully we can discuss his first action after the game. Second on my list of things to watch for this week will be Buddy Johnson. As I stated in my last article, I want to focus in on him in general, but especially in coverage. If there is a chance for him to earn any time on defense when the season rolls around, proving he can cover would go a long way.

I will also continue to monitor his special teams snaps and performance, since that would be necessary of our backup linebackers to provide in the regular season. Next, I want to see how Pressley Harvin III performs coming off his stellar performance in the Hall of Fame game. He has shown some game changing ability, but can he show he can provide enough consistency throughout the rest of training camp and the preseason to earn the job?

For the rest of our rookies, it will be monitoring the trend of their performance from last game. I was encouraged seeing Najee Harris provide successful runs and fighting for yards as expected last game, but I am hoping for more of a yardage type game for him. With more veterans expected to play compared to last game, it could provide better opportunities whether it’s a 10+ yard run or two and/or some splash in the receiving game. Kendrick Green and Dan Moore did well in their first NFL action, but it will be interesting to see how they progress through the preseason. I am also interested to see if Green gets a chance to lineup with Okorafor, Banner, or Dotson in the game, but seeing them start to practice this week is great for the team (and the season) even if they don’t play in the game this week.

Lastly, Loudermilk and Norwood didn’t have the best performances of their position groups, and I want to see how they respond to some weaknesses from last game. For Loudermilk, can he get more of a push into the backfield/toward the ballcarrier and can Norwood run downhill to the ball more aggressively? My main concern with Norwood in the draft process was tackling, so hopefully we can see a more aggressive game from him in that regard, and my hope is that he continues to get a high number of special teams snaps and hopefully get some tackling opportunities there.

What are you looking forward to the most in this game? How will the rookies do compared to last game? How about non-rookies? After the game I will look at snaps and performance and continue to get answers to our questions regarding the 2021 Steelers. Thanks for reading and let me know your thoughts in the comments!