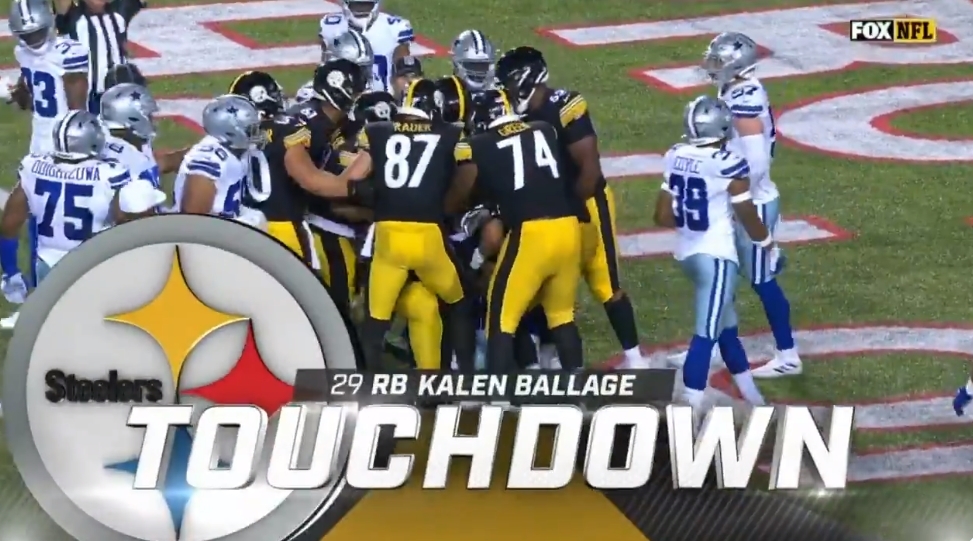 For the first time of the 2021 season, your winners and losers from the Pittsburgh Steelers 16-3 win against the Dallas Cowboys in the preseason opener.

Najee Harris: Simply put, Harris was as advertised. He created, he pushed the pile. Rarely did the first Cowboys’ defender take him to the ground. He had a solid rep in pass pro and caught a pass out of the backfield. Most importantly, he got out of the game healthy. It wasn’t a spectacular debut but it was a very good one and showed why Harris was at the top of the Steelers list with the 24th pick.

Pressley Harvin III: They’re already in Canton. Might as well put him in the Hall of Fame. Harvin III got the start and put together two strong first-half punts. The first had excellent hangtime (we’ll get the numbers later) and was caught at the Cowboys’ ten for no return. The second was gorgeous, the ball bouncing and dying at the half-yard line. Couldn’t have walked it downfield any better. His third went 51 yards and landed at the 11 for no return.

If he keeps punting like this, it won’t be much of a contest as to who will be this team’s starter Week 1 against Buffalo.

Alex Highsmith: Several of the OLBs for the Steelers shined tonight. Highsmith, Quincy Roche, Jamir Jones. But Highsmith is the most noticeable, recording a first-quarter sack on a beautiful inside spin move to beat the Cowboys’ left tackle. Highsmith carried over a strong camp to an impressive 2021 debut and he’s set to make a jump in year two.

Miles Killebrew: Killebrew might be a linebacker-playing-safety but the dude can tackle. Reliable, physical, and has the makings of a core special teamer in Pittsburgh, the same role he had in Detroit. His upside is minimal but the dude won’t miss many tackles. Dangerfield-like in that sense.

Mathew Sexton: Make splashes on special teams. That’s what Sexton did on his 36-yard runback. He created much of that himself. Might not be enough to make the 53, but it could be enough to hang around on the practice squad. Tre Norwood also had a FG block but was too timid as a tackler, so his up/down day can’t get him on either list.

Kalen Ballage: Ballage is the guy we’ve talked about since he was signed. Big-bodied runner who excels in short-yardage moments. Still need a line to block it, but Ballage scored the first TD of the season and converted on 4th and 1, a major issue for this offense last season. Ballage looked poised to carve out a spot on the 53 and a hat on gameday.

Kevin Rader: It was just one play but a notable one. Rader was making pancakes on Ballage’s score, burying his man into the ground to clear the path for his back. Also had one nice catch in the flat, though it was a play any receiver should be able to make. Rader’s best-known for being a good blocker so this isn’t a surprise but he took advantage of increased reps tonight with rookie Pat Freiermuth missing (shoulder).

Shakur Brown/Donovan Stiner/Mark Gilbert: Shoutout to a couple of UDFAs. Stiner with an aggressive drive and INT while Brown had three tackles on kick coverage and drew a holding call on another. Gilbert showed his length with two breakups in the fourth quarter. Those guys created some space tonight. Now they’ll need to build off it.

Sam Sloman: If the NFL moved the uprights ten yards to the right, Sloman would be on the Winners list. His first two kicks were wide right, a field goal and extra point, and though he redeemed himself with a 48-yarder down the middle in the second half, it was a poor performance. The only blemish for a strong night for Danny Smith’s squad.

Ulysees Gilbert III: It’s tough to judge players live the first-time through but Gilbert seemed to take his lumps. Especially missing a tackle short of the sticks on 3rd and 12, allowing the Cowboys to convert. His tackling wasn’t an issue his rookie preseason, it was something I praised him for, but it’s gotta be better than it was tonight.

Anthony McFarland: I don’t want to be too harsh about it, I don’t know if he was awful in his chances tonight, but it looked like he had one missed read and on a night where Harris and Ballage ran well, McFarland was pretty well bottled up. It was nice to see him in preseason action after not getting a chance last season.

Marcus Baugh: Poor Marcus Baugh. One of the guys at the back of the roster. Block in the back and a drop tonight. That’s not taking advantage of your chance with the TE lines thin.