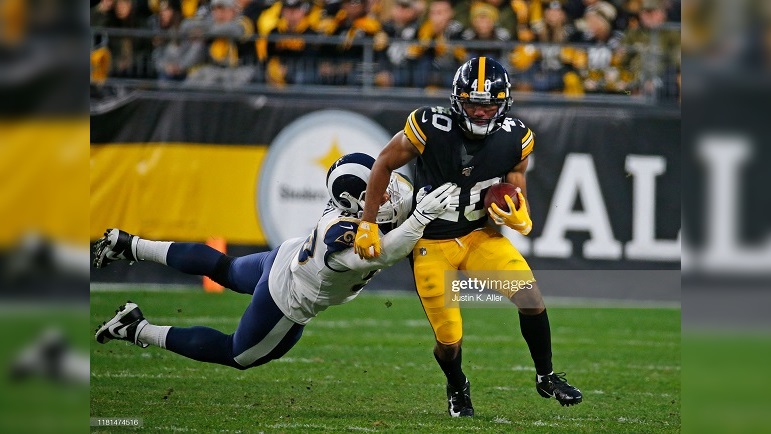 The Pittsburgh Steelers made a set of transactions ahead of their Tuesday training cap practice.

Brooks-James originally entered the NFL in 2019 with the Falcons as an undrafted free agent out of Oregon. He was released by the Falcons and spent the first five weeks of the 2019 season on the practice squad of the Tampa Bay Buccaneers before signing with the Steelers.

As Oregon, Brooks-James played all 12 games as a senior, including six starts. He totaled 57 rushes for 306 yards and four touchdowns and returned 21 kickoffs for 548 yards. He totaled 3,302 all-purpose yards, including 1,863 rushing yards during his college career.

To make room for on the roster, for Brooks-James, inside linebacker Jarvis Miller was waived. Miller was signed to the Steelers offseason roster in late March.

The Steelers addition of Brooks-James is likely due to running back Benny Snell Jr. now being sidelined with an undisclosed injury. Snell did not practice on Monday.

Brooks-James is wearing No. 40 for the Steelers