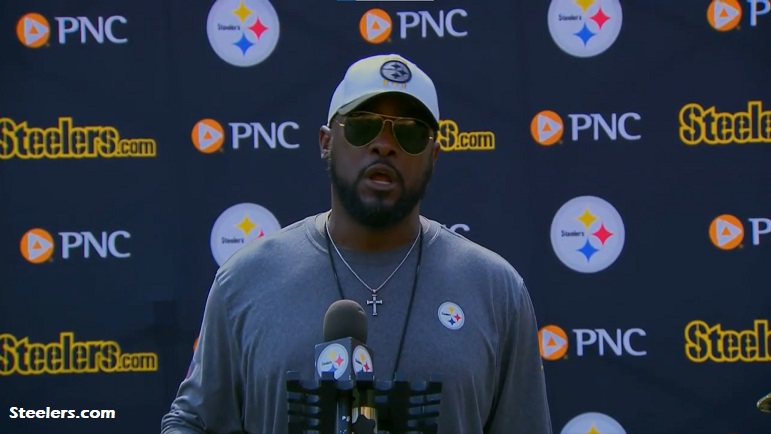 The Pittsburgh Steelers resumed their training camp practices at Heinz Field on Saturday and a few offensive linemen, along with a few other players at various positions, did not take part in the session.

According to our very own Alex Kozora on Saturday, rookie center Kendrick Green (personal0 and veteran guard Trai Turner (rest) both failed to practice on Saturday. Steelers head coach Mike Tomlin said Green had an excused absence on Saturday while Turner was given a veteran day off.

Wide receivers James Washington (leg) and Ray-Ray McCloud (leg) were running sprints down the sideline while practice is taking place, according to Kozora. Both players missed the Steelers Thursday preseason game with injuries.

Defensive back Antonio Brooks Jr. (leg) was still unable to practice on Saturday as well. He has missed the last few practices and failed to play in the team’s Thursday night preseason game in Philadelphia as well.

Two Steelers running backs, Benny Snell Jr. (upper body) and Kalen Ballage (lower body) failed to work in the team portion of practice on Saturday. Both went through individual drills, however, and worked on side with strength and conditioning coordinator Marcel Pastoor. Both running backs failed to play this past Thursday.

The Steelers next training camp practice is on Sunday, and it is a closed session.