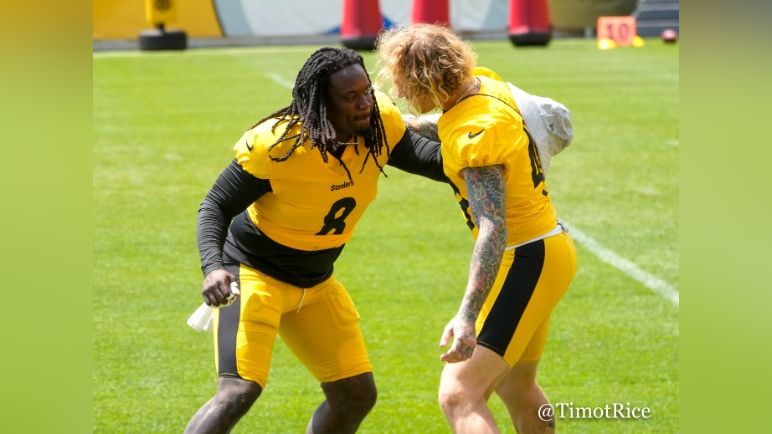 The preseason isn’t for T.J. Watt. Or Ben Roethlisberger. Or Minkah Fitzpatrick, Cameron Heyward, Joe Haden, the stars and well-established veterans of the NFL. A few drives and snaps can serve as a live-game warmup for those players, yes, but they aren’t the players coaches are most excited to see on the field during the three (or four) preseasons games played in August.

Coaches want to see the rest of the 90-man roster, the players fighting for roster spots or to win position battles. The preseason is a chance for all those players to get on the field, and for new additions to the team to get some live snaps against an unfamiliar opponent to execute the team’s gameplan.

“It’s a variety of people that fall into that category. There were some veteran guys that I removed from the process last week just because I wanted to have more exposure to young people. And so those guys would have an opportunity to get in the game. There’s guys that are working their way back from injury or different levels of injury, and this is just a step in their road to recovery, they’ll get an opportunity to play. Or it’s a young guy who’s getting the first exposure,” Tomlin said.

For a multitude of reasons, several Steelers failed to suit up or appear in the opener against the Cowboys. Second-round pick Pat Freiermuth and running back Benny Snell were two not playing a down on offense, along with a lengthy list of offensive linemen that included Trai Turner, Kevin Dotson, Zach Banner, and Chukwuma Okorafor. On defense, players like Melvin Ingram and Devin Bush didn’t see the field at all. And on both sides of the ball, starters like DIontae Johnson, Chase Claypool, Kendrick Green, Cameron Sutton, and Alex Highsmith did play, but a limited number of reps before leaving the field to make room for less-established players.

Every subsequent preseason game will see some of those key players get more and more reps, as well as additional Steelers making their debuts. For some, like former L.A. Chargers Ingram and Turner, it will be a chance to take the field for the first time in a new offensive or defensive system against an opponent. And Tomlin and the Steelers will keep players continually working onto and off the field, so every player fighting for a spot has a chance to earn a place on the 53-man roster.

“There’s a lot of people that fall into that category, and regardless of their status, I’m excited about seeing them in in-stadium play,” Tomlin said.