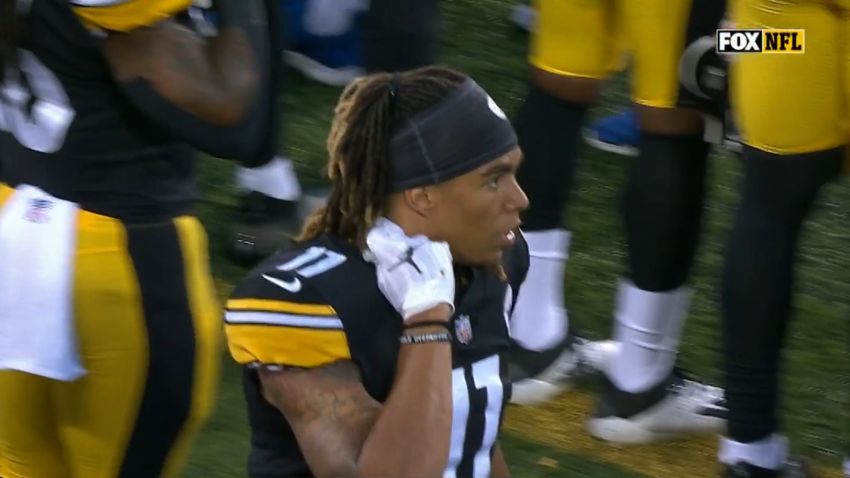 You have surely heard by now that two of the Pittsburgh Steelers’ most prominent players, second-year wide receiver Chase Claypool and fourth-year safety Minkah Fitzpatrick, got into a shouting match and a scuffle during practice earlier today. It was made much of by the media, who were permitted to talk to it because multiple players confirmed that it did happen, but the players themselves didn’t make much of it.

“I think we’re still in training camp mode, where it’s that competitive edge, and people are getting chippy. I think it’s just part of the game”, 12th-year veteran defensive lineman Tyson Alualu, who has surely been in his share of scrapes, told reporters today. Video of the interview was removed for the time being for reasons that are unclear.

“I don’t think there’s anything that you have to look into. It’s just part of the game; it’s part of football. But we understand, especially our star players, we don’t want anybody getting hurt, so we’ve got to be more smart about that”.

Head coach Mike Tomlin declined to address the topic after practice, but Alualu shared what he told his players, which was about “just being smart”. He added, “that competitive edge is always going to come out when you’re going good-on-good, Steeler-on-Steeler football. We’ve just got to be smart and make sure nobody gets hurt in those kinds of altercations. That was kind of the message”.

Claypool had only somewhat recently returned to practice after missing time due to a minor ankle injury. He is coming off an impressive rookie season, which saw him tie the team rookie record with 11 offensive touchdowns, and break the record for receptions by a rookie with 62. Fitzpatrick is coming off of a second consecutive first-team All-Pro campaign.

“I don’t know what it is. You come out here and you’re pretty much fighting the person for two hours. Eventually, something might happen. That’s been happening since little league”, Kevin Dotson said of the skirmish. “If you go compete, competitors are going to fight, and they’re two of our biggest competitors. You kind of almost expect it to happen at least once”.

You know who also used to get into scuffles during practice all the time as a young player? Cameron Heyward. Really used to piss off Ramon Foster. Some guys just play with an edge, even in practice.

Sometimes you fight with your brothers. Almost all the time, you hug it out almost immediately after as cooler heads prevail. If there were an issue, the players probably wouldn’t have even talked about it—would have been instructed not to.