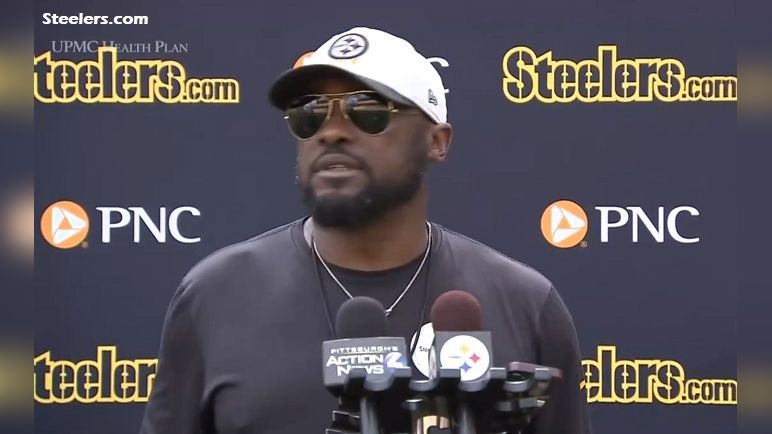 The Pittsburgh Steelers were back practicing at Heinz Field again on Monday after having Sunday off and the team seemed to be a little healthier than they were when they last practiced on Saturday. Steelers head coach Mike Tomlin addressed the media after Monday’s practice but revealed very little about the overall health of the team in his opening statement.

“Minor bumps and bruises along the way, nothing significant to speak of,” Tomlin said. “We’re starting to get participation from some that haven’t. Zack Banner, for instance, participated some today and that’s just a natural part of this process. You’ll see others continuing to work toward a competition as well.”

Running back Benny Snell Jr. reportedly didn’t practice on Monday, so Tomlin was asked about him late during his press conference.

“He’s being looked at,” Tomlin said of Snell’s Monday training camp practice. “Maybe I’ll have an update for you when I determine the severity, or the lack of severity, of it. Right now, we’re exploring his status.”

According to Alex Kozora on Monday, Zach Banner was in team drills during practice minus the live tackling sessions. Interior offensive linemen Trai Turner, B.J. Finney and J.C. Hassenauer were all full participants, Kozora reports. Tackle Chukwuma Okorafor only participated in individual drills on Monday. Guard Kevin Dotson dressed but did little work and offensive lineman Anthony Coyle was out on Monday, per Kozora.

As has been the case a while, outside linebacker T.J. Watt and defensive end Stephon Tuitt were not in pads again on Monday. Tight end Eric Ebron (elbow) remained also remained out on Monday. Inside linebacker Marcus Allen reportedly didn’t work on Monday, either, per Kozora. Wide receiver Cody White is still missing practice time with a leg injury, as well.

After missing practice time recently, outside linebacker Cassius Marsh was a full participant on Monday. Running back Jaylen Samuels returned to the practice field on Monday as well.

Tomlin is expected to hold another press conference on Tuesday in the middle of the day and hopefully he’ll provide an update during it as to who will and won’t play Thursday night in the team’s preseason opener against the Dallas Cowboys.