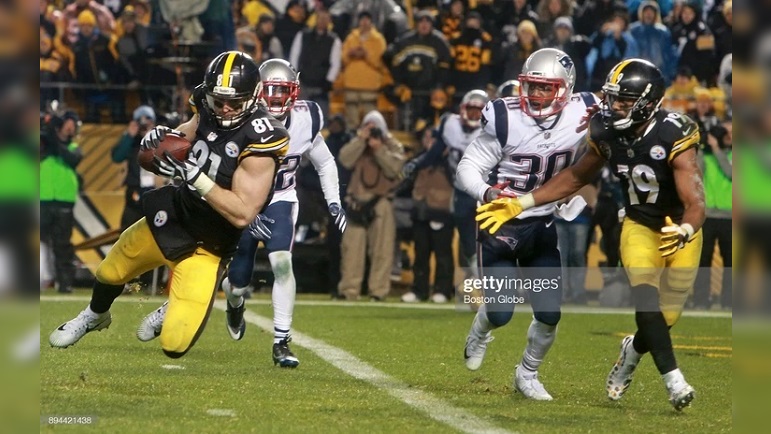 The Pittsburgh Steelers and their fans no longer need to worry about Al Riveron costing the team a game.

Acording to Tom Pelissero of the NFL Network on Thursday, NFL Senior Vice President of Officiating Al Riveron is retiring. That news certainly will be music to the ears of Steelers fans as it was Riveron who overturned the seeming game-winning touchdown reception by tight end Jesse James against the New England Patriots in 2017.

On that infamous late-season play in question, Steelers quarterback Ben Roethlisberger seemingly connected with James for a 10-yard touchdown. The play included James going to the ground as he extended for the end zone. The call on the field initially was ruled a touchdown, but after a lengthy review, the call was overturned and the pass ruled incomplete, as Riveron felt that James didn’t have complete possession of the ball. You can see his official explanation as to why he ruled the play incomplete below.

Two plays after that call on the field was overturned, Roethlisberger was intercepted in the end zone, and the Steelers went on to lose 27-24 to the Patriots. The Steelers ultimately failed to get the top overall seed in the AFC playoffs that season because of their loss to the Patriots, and they wound up being upset at home by the Jacksonville Jaguars in the Divisional Round game.

The James reversed touchdown play resulted in a rule change that following offseason.

In early May, Steelers rookie tight end Pat Freiermuth, the Steelers second-round selection this year out of Penn State, who grew up a fan of the Patriots in Merrimac, MA, was asked about the James’ overruled play from 2017, and he agreed that his fellow Penn State tight end was robbed.

“I do remember the play,” Freiermuth laughed. “I personally do think Jesse caught the ball if we are being completely honest. Not just saying it because I am a Steeler now. But he did catch the ball. I worked out with him, and we talked about that and he did catch it.”

Riveron’s duties, including his work in the replay center in New York on gamedays, will be overseen by Senior Vice Presidents of Officiating Walt Anderson and Perry Fewell, per reports.