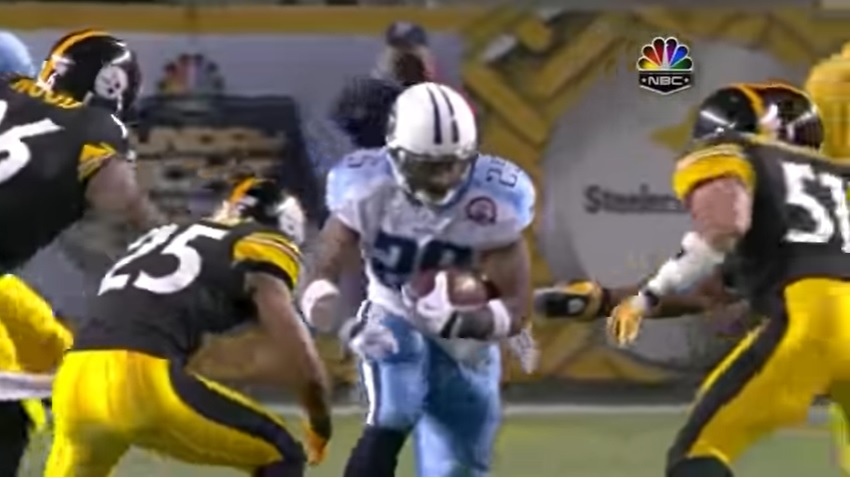 Ryan Clark had more hard hits in his career than he can probably count. Most fans would assume the hardest of his career came in the 2008 AFC Title Game against Baltimore, knocking Willis McGahee (and himself) out cold on the drive after Troy Polamalu’s pick-six.

But according to Clark, that’s not #1 on his list. Sitting at the top with the gold medal was a 2009 hit on Titans’ running back LenDale White. That’s how Clark responded when asked on Twitter Monday night.

He didn’t tweet out the play. So of course, we had to go find it. And here it is. Week 1 versus Tennessee, late in the third quarter. Clark flies in to fill the alley and knock back the 250+ pound White clean off his feet.

Here's the hit. This is how you fill the alley. #Steelers https://t.co/czfIg9yDJU pic.twitter.com/od4tczOsdY

But you don’t need Coaches Film to know how big of a shot that is. White was a massive running back so the power needed to jolt him back like that is pretty incredible. Pittsburgh would win the game 13-10, Clark finishing with five tackles, none more forceful than that one.

Clark always played with that reckless mentality, the perfect compliment to Troy Polamalu (himself a heavy hitter, of course). Clark was the thumper, the great tackler, while Troy was the playmaker of the secondary. Signing Clark away from Washington is one of the best and frankly, most underrated free agent signings of Kevin Colbert’s long tenure with the team.

Clark’s hit on McGahee was still the most iconic one. It came on a much bigger stage immediately following one of the Steelers most memorable moments of the last 20 years. That would’ve been the easy answer for Clark to give, but I love the fact he called out this one. Brought up a cool memory and highlight I had — to be honest — completely forgotten about and probably didn’t even appreciate at the time.