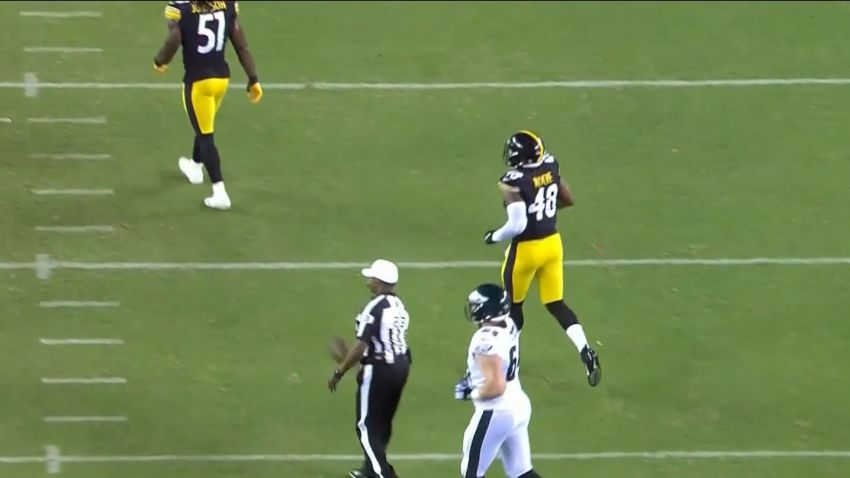 Through two games in the preseason and nearly three weeks of training camp, the Pittsburgh Steelers find themselves with young, talented depth at the bottom of the depth chart at outside linebacker. So far, that’s looking like a tough decision the Steelers will have to make for the practice squad come cutdown day.

First-year player Jamir Jones has stolen the show at outside linebacker to date, recording a sack in back-to-back games to open the preseason. He’s made some plays on special teams, flashed some speed to power off the edge and has generally popped on tape.

Quietly though, rookie sixth-round pick Quincy Roche has been nearly as productive, recording 1.5 sacks through two preseason games and possesses the third-best pass rush win rate amongst all rookies in the preseason, according to Pro Football Focus.

The caveat here is that much of the NFL is yet to still play a preseason game, let alone the two the Steelers have played, but Roche has quietly gone about his business and matched his college tape to his NFL tape as a pass rusher. Winning with hand usage has been a calling card for Roche, who has flashed good technical skills coming off the edge.

Against the Cowboys in the Hall of Fame Game, Roche showed off a great club and rip underneath the tackle to sack backup quarterback Ben DiNucci. Studying his film coming out of Temple and Miami, I saw this type of rush quite a bit. He’s refined it and can pull it out of his toolbox whenever he needs it.

On Thursday against the Eagles, Roche didn’t get much run overall, but he did record half a sack with fellow rookie Isaiahh Loudermilk, meeting at the quarterback for the sack.

Again, you can see the club and then the rip underneath while turning the corner. He pulls the move out late once he realizes he can’t cleanly win the edge, and yet he still turns the corner for the sack.

Despite not making as much noise as Jamir Jones at outside linebacker, Roche is quietly going about his business and putting good pass rush reps on film. The eye test backs up the analytical numbers that Pro Football Focus puts out there. He’s likely a practice squad candidate at this point, but he feels like a sound player to really develop at the position for down the line.