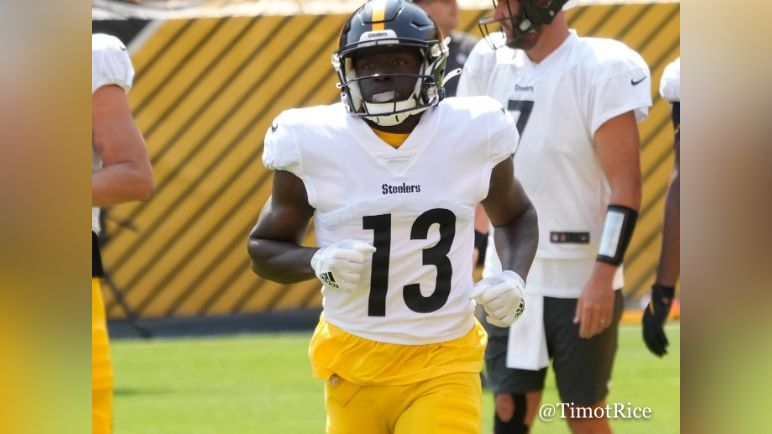 Pittsburgh Steelers wide receiver James Washington apparently wants to be traded, according to a tweet from Adam Schefter on Friday.

Steelers’ WR James Washington, a former 2018 second-round pick, has approached the Steelers and requested a trade based on his limited playtime last season and so far this preseason, per source.

According to Schefter, Washington, the Steelers’ second-round selection in the 2018 NFL Draft out of Oklahoma State, has approached the team and requested a trade based on his limited playtime last season and so far this preseason.

Against the Dallas Cowboys Thursday night in the Hall of Fame game, Washington played 27 total offensive snaps. He was targeted just twice in the game, but failed to make a catch. He began the game behind starters Chase Claypool and Diontae Johnson, and left the field as the team brought in other players trying to make the roster like Rico Bussey and Anthony Johnson.

Last season, Washington caught 30 passes for 392 yards and five touchdowns in 486 total offensive snaps played, a career low in snaps. He was clearly passed during the season as the team’s top Z receiver by then-rookie Chase Claypool, and was also behind JuJu Smith-Schuster and Diontae Johnson. This summer, Washington is the clear No. 4 wide receiver on the depth chart. This is also a contract year for him, as well.

In Washington’s three-year Steeler career, he has 90 receptions for 1,344 yards and nine touchdowns. He set career-bests with 44 catches and 735 yards in 2019, playing with QBs Mason Rudolph and Devlin Hodges.

Currently unemployed wide receiver Dez Bryant suggested on Twitter recently that a team should trade for Washington. Bryant, like Washington, is an Oklahoma State product.

If you are a team and want a top tier WR trade for James Washington….. thank me later